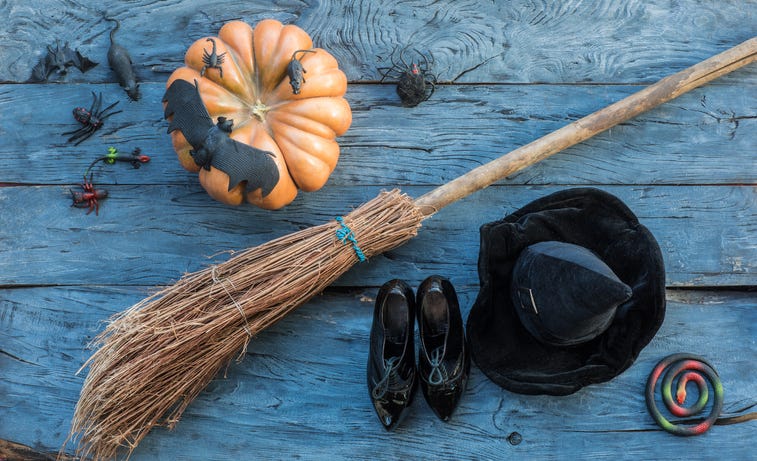 A beloved Hallowen classic is getting a sequel.

Walt Disney Studios is developing a new update to the 1993 film “Hocus Pocus,” according to Deadline.

This latest incarnation won’t be on the big screen and instead will eventually air on the new Disney+  streaming service.

Little is known about the project other than that the studio has hired Jen D’Angelo (“Workaholics”) to write the script.

Whether it will be a direct sequel or feature an entirely unrelated storyline has not been revealed. The movie’s original stars, Bette Midler, Kathy Najimy and Sarah Jessica Parker, are not currently attached to the project, but there’s hope they may get involved.

The OG film featured the actresses as a trio of Salem witch sisters in 1693 who are resurrected 300 years later by a boy whose family moves from Los Angeles to the Massachusetts town.

Millennials may be shocked to realize that when “Hocus Pocus” was released -  in the middle of the summer and not anywhere near Halloween - the film was a critical and financial disappointment. It premiered in fourth place at the weekend box office before disappearing shortly thereafter. In total, it earned just $39 million worldwide.

Add to that society’s current love for any and all ‘90s nostalgia, it’s no surprise “Hocus Pocus” is now considered the “It’s A Wonderful Life” of Halloween.

In a special that aired for the film’s 25th anniversary last year, Parker discussed the movie’s unexpected legacy.

“I don’t think any of us who were making it at the time thought 'Hocus Pocus' would have such a long life,” the former “Sex and the City” star said. “People tell me all the time they grew up watching it, and that they still watch it. I think it’s wonderful.”

Until more information about the sequel is announced, fans can catch the classic during Freeform’s all-day marathon of “Hocus Pocus” on Halloween.