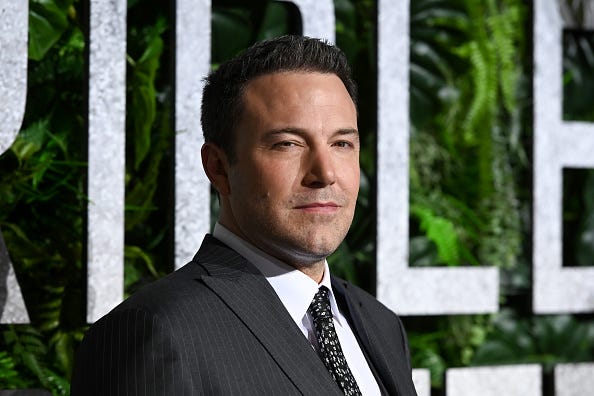 Ben Affleck is making a comeback to the big screen in an emotional new basketball drama titled, “The Way Back.”

The two-minute trailer dropped Thursday and introduced us to Affleck’s character, Jack, a broken man suffering from depression and alcoholism, a result of losing his family and feeling suffocated at his job.

Early in the trailer, Jack assures a woman that he’s doing "fine," but the shots of him drinking before work, during work, and even while taking a shower, indicate otherwise.

When Jack is asked to coach a high school basketball team at the school where he was once a star player, he sees it as a second chance and jumps at the opportunity.

Throughout the course of the trailer, we see him attempt to rehabilitate the team while fighting his own demons, but with the highs come a lot of lows as he slips into old habits on more than a few occasions.

Affleck promoted the trailer on his social media account noting that the project was very special to him.

“So proud of this one and the incredible team behind it. Here’s your first look at #TheWayBack, a story of endurance and redemption. In theaters this March,” he wrote on Twitter.

So proud of this one and the incredible team behind it. Here’s your first look at #TheWayBack, a story of endurance and redemption. In theaters this March. pic.twitter.com/uqbdHhTIGh

Affleck pulled from personal aspects of his life for the role of Jack.

The 47-year-old actor has been open about his own struggle with alcoholism over the years and even had a setback of his own after he was seen leaving a UNICEF Halloween party intoxicated.

“It happens. It was a slip. But I’m not going to let it derail me,” Affleck told TMZ photographers after the incident.

When talking about his struggle, Affleck told TODAY, "It doesn't really bother me to talk about alcoholism and being an alcoholic. It's part of my life, something that I deal with. It doesn't have to subsume my whole identity and be everything but it's something you have to work at. I had a problem and I really wanted to address it. I take some pride in that ... It's about yourself, your life, your family. People encounter these kinds of hurdles and we have to deal with them.”

The film is a testament to Affleck's desire to get better; it was his first after completing a 40-day stint in rehab last October, his third over the years.

The film is directed by Gavin O'Connor, who previously made magic with Affleck on the 2016 film, “The Accountant.”