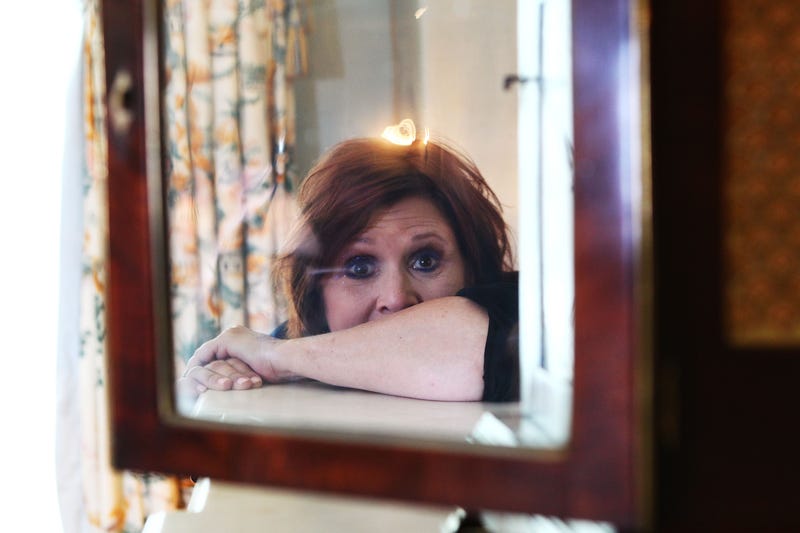 A handwritten note that has surfaced three years after Carrie Fisher’s death reads like it was written a long time ago in a galaxy far, far away.

Todd Fisher, brother of the “Star Wars” actress, has unearthed a note that he claims was written by his late sister, reports Page Six.

The ruminative message meditated on death as only a film legend like Fisher could.

“I am dead. How are you? I’ll see you soon,” the letter read, according to Todd Fisher.

“I would call and tell you what this is like, but there is no reception up here,” Todd continued in a reading of the letter to the Post. “Cut. New scene, new setup, new heavenly location. I have finally got the part that I have been rehearsing for all my life. God gave me the part. This is the end of the road I have been touring on all my life.”

The late actress’s brother found the letter while sifting through items in their late mother’s desk to include in a Hollywood pop-up exhibit of Carrie’s “Star Wars” memorabilia.

The discovery left him stunned.

While Todd is certain that the missive is written in his sister’s hand, he can’t pinpoint its origin — but has his theories.

“I know Carrie’s writing inside and out,” he said. “It’s unmistakable.”

“Either it was something Carrie wrote long ago because she was doing a story on death, or it just materialized from beyond. She was writing as if she was dead and what it was like,” he continued.

Earlier this month, Todd, 61, attended the LA premiere of “Star Wars: The Rise of Skywalker,” the JJ Abrams-directed finale of the nine-film Skywalker saga.

Especially emotional for Todd were the scenes featuring his sister, whose character Princess Leia dies in the film.

“I cried,” he added. “Carrie is the heart and soul of the storyline.”

Carrie Fisher passed away on Dec. 23, 2016, after suffering a heart attack on an LA-bound flight that left her in a coma and, four dead later, dead.

“Star Wars: The Rise of Skywalker” is in theaters everywhere.