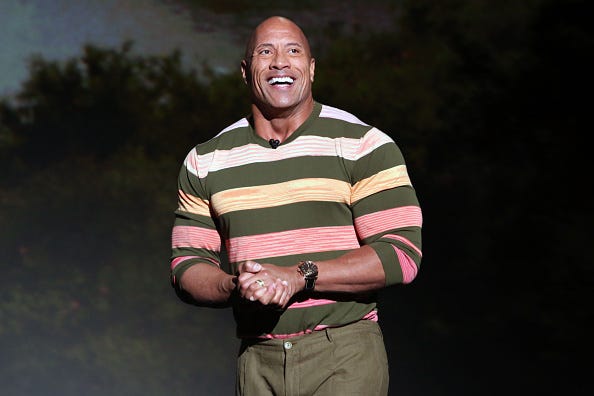 Dwayne Johnson has joined the DC Universe and will officially become a superhero.

The action star has revealed he’ll play the titular role in the upcoming “Black Adam” standalone film set to hit theaters on December 22, 2021.

Johnson disclosed the news in an emotional Instagram post where he also discussed how his childhood dreams of playing a superhero have now been achieved.

“I realized that Superman was the hero, I could never be. I was too rebellious. Too rambunctious. Too resistant to convention and authority,” the 47-year-old wrote.

"Despite my troubles, I was still a good kid with a good heart - I just liked to do things my way. Now, years later as a man, with the same DNA I had as a kid - my superhero dreams have come true."

The former WWE wrestler also gave insight into the character and noted how “honored” he is to get to play him.

“Black Adam is blessed by magic with the powers equal to Superman, but the difference is he doesn’t toe the mark or walk the line. He’s a rebellious, one of a kind superhero, who’ll always do what’s right for the people – but he does it his way,” Johnson added.

“Truth and justice – the Black Adam way. This role is unlike any other I’ve ever played in my career and I’m grateful to the bone we’ll all go on this journey together.”

“Black Adam” is a spinoff of “Shazam!” starring Zachary Levi.

And while Black Adam didn’t appear in the 2019 film, the character was teased and is considered to be Shazam’s nemesis.

Although “Black Adam” won’t hit theaters for two more years, fans can next see Johnson in “Jumanji: The Next Level” starting on December 13th.