Did someone say movie night? There's nothing better than huddling up on the couch with your family to watch a spooky Halloween movie.

If you’re kiddos are little, one of the greatest things is introducing them to some of your favorite spine-tingling films and iconic characters.

RedBox polled its customers to find out what their favorite family movies were to watch during the Halloween season. 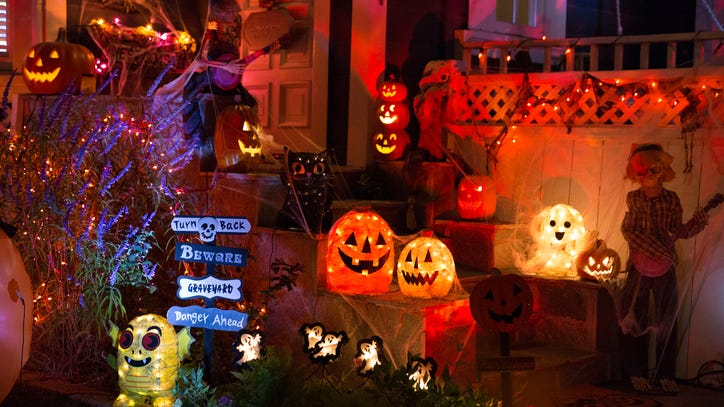 Of course, topping the list was the '90s classic, “Hocus Pocus.”

Other staple gems included “Beetlejuice,” “Casper,” and “The Nightmare Before Christmas.”

Enjoy... but be prepared for a slumber party in your bed afterward.

When a teen lights the black-flame candle and awakens three Sanderson sisters in Salem, Massachusetts, chaos ensues. Nothing will stand in the way of Winifred, Mary, and Sarah's mission of gaining eternal youth and beauty by sucking the life force out of the children trick-or-treating on Halloween.

When a recently deceased couple, now ghosts, learn that a new family has moved into their home, they do everything to scare them off. Their feeble attempts gain the attention of evil spirit Beetlejuice.

The Nightmare Before Christmas

Miguel dreams of becoming an accomplished musician, but his family thinks it's a curse. When he's transported to the Land of the Dead, he must find his great grandpa and unlock the story behind his family’s generations-old ban on music.

The aristocratic family believes they’ve reconnected with a long-lost relative. But they soon grow suspicious of the man claiming to be Gomez's brother and learn that he’s in cahoots with a loan shark hoping to gain their fortune.

The Peanuts gang celebrates the spooky holiday in this Halloween special. Linus and Lucy head to the pumpkin patch, but he opts to skip trick-or-treating to wait for the Great Pumpkin. It’s a cartoon classic that’s fun for the entire family, no matter your age.

When New York City finds it has a bit of a ghost problem, three former parapsychology professors-turned-exterminators set up a ghost removal service to prevent disaster.

A young girl named Coraline discovers a secret door in her new home that takes her to an alternate and better reality. Soon, she learns that this realm isn’t what it seems and if she doesn’t act quickly, she’ll be trapped there forever.

As the theme song goes, Casper is the friendliest ghost. He peacefully haunts a mansion in Maine. But when James Harvey moves in with the hopes of communicating with spirits, Casper falls in love with Kat and tries to make a relationship work despite his transparent state.

Even monsters need to take a vacation. Hotel Transylvania, a lavish hotel that doesn’t allow humans is their getaway paradise. When a human crashes the 118th birthday of Count Dracula’s daughter, Mavis, and falls in love with her, trouble arises.