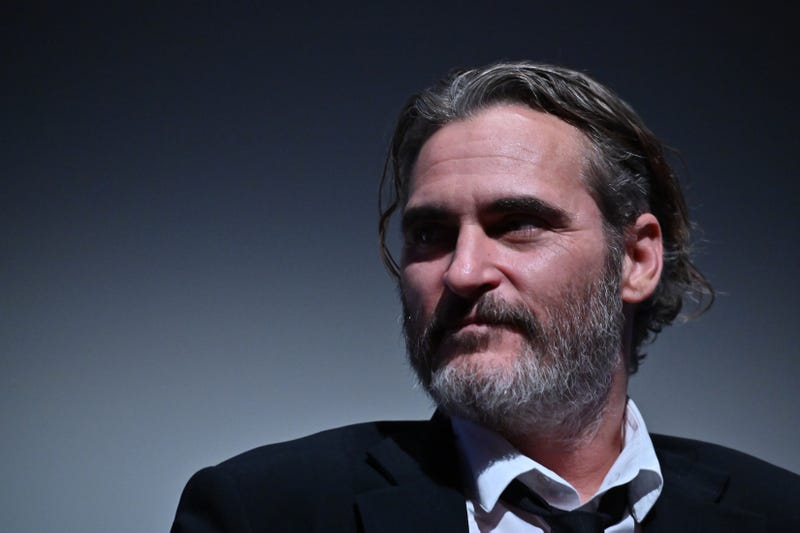 In this year’s controversial “Joker,” Joaquin Phoenix landed his biggest leading-man role yet.

But it’s taken years of dark daring roles to build up to his unnerving manic-laughing performance in the Todd Phillips-directed origin story of everyone’s favorite Batman villain.

Glowing with a pop culture mythos marked by tragedy -- the untimely death of brother River Phoenix in 1993 -- and controversy -- a perplexing Warholian appearance on “Letterman” in 2009 -- Joaquin Phoenix is an intriguing figure that’s hard to pin down.

But he’s not all antics. One of the hardest things to pin down is the throughline of the wide-ranging, enigmatic roles he’s taken on over the years.

To trace the evolution of the “Joker” star’s latest role, and celebrate his birthday, which is Oct. 28, 1974, these are the best films of Joaquin Phoenix’s career.

Also directed by M. Night Shyamalan, 2002's "Signs" stars Mel Gibson and Joaquin Phoenix as father and uncle to two children, all preparing for an incoming alien arrival after they find crop circles on their farm. For an alien flick, the film is marked by subtle, eerie undertones, paced without over-the-top hysterics we may brace ourselves for in a UFO movie.

Notorious for its twist ending, this 2004 M. Night Shyamalan-directed horror mystery starred Joaquin in the type of moody, atmospheric tales he would return to again and again throughout his career.

In 2012's tense Paul Thomas Anderson-directed "The Master," Joaquin Phoenix plays a World War II veteran who has troubles adjusting to post-war society, and meets the leader of a cult movement played by Phillip Seymour Hoffman.

This is the most indie sci-fi film ever made. Directed by Spike Jonze with a soundtrack by Karen O and Arcade Fire, 2013's "Her" is the story of Theodore Twombly (Phoenix) who develops a relationship with an artificially intelligent virtual assistant Samantha (voiced by Scarlett Johansson).

The first Thomas Pynchon novel to be adapted for the screen, "Inherent Vice" is a psychedelic odyssey about a stoner and private investigator in 1970s Los Angeles, investigating three cases related to the disappearance of his ex-girlfriend and her wealthy boyfriend. For the opacity of its plot, the 2014 Paul Thomas Anderson-directed film will keep you hooked with sheer weirdness, like a "Big Lebowski" that's just as funny but you won't laugh out loud at.

You Were Never Really Here

This 2018 Amazon Studios features Phoenix as a mercenary hired by a businessman to find his daughter hired by a trafficking ring. This crime thriller is full of suspense and captivating cinematography and music.

2019's "The Joker" is proof that there is more to explore in the Joker after Heath Ledger's captivating and extreme rendition in 2008's "The Dark Knight." Full of gritty old Gotham references and unexpected tie-ins to Batman's origin, "The Joker" is a compelling psychological portrait, with Phoenix's neurotic-then-postal performance delivering us a back story we never knew we needed.