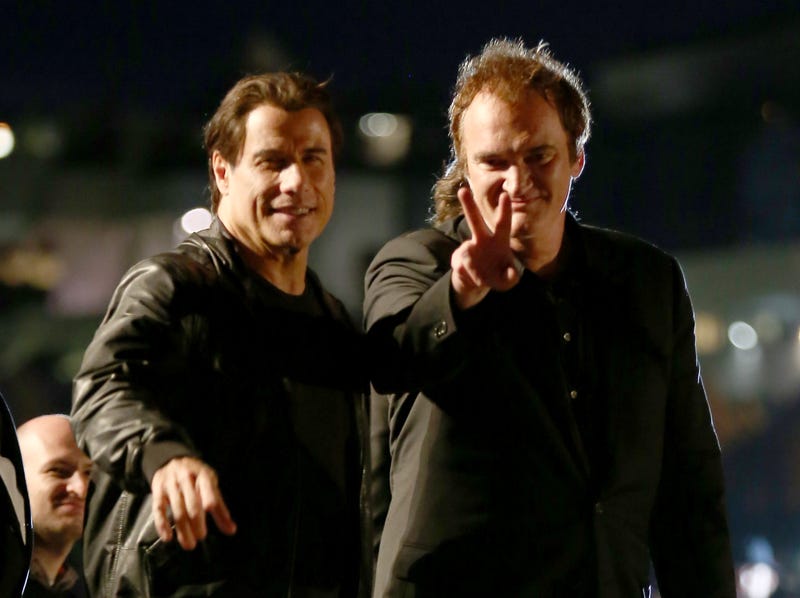 “Pulp Fiction” is the Royale with Cheese of Quentin Tarantino’s oeuvre.

The film won the prestigious Palme d’Or when it premiered at Cannes Film Festival in May 1994.

Since then, it has become both a cult classic and a cultural moment, a bizarro postmodern crime adventure defined by the juxtaposition between the shocking moments of jaw-dropping mayhem and the banality of cool-like-the-Fonz diner banter.

Working in the background throughout the whole movie is an eclectic mix of evocative hand-picked songs. The film’s soundtrack is the mixtape you’ve always dreamt of receiving. A nuanced mix of surf rock and seventies soul, it is as emblematic of Tarantino’s masterful taste for old Americana, pop culture and drawing connections between the old and the new as his movies.

To celebrate the 25th anniversary of the film’s general release on Oct. 14, 1994, these are the obscure songs that you know from the movie, even if you don’t know their names.

Opening Theme: Misirlou by Dick Dale and His Del-Tones

The fiery song used for the movie's opening theme is as eclectic as its influences. "Misirlou" is a flickering rendition of a Mediterranean folk song. Its unrelenting energy sets the frantic tone for the odyssey that is "Pulp Fiction," bookending the film with a sound that defined surf rock for years to come and gives the movie an almost spaghetti western vibe.

Opening Car Scene: Jungle Boogie by Kool and the Gang

"Jungle Boogie" feels overdone in 2019, but the raucous 1974 Kool and the Gang song was the perfect attention grabber to set off Tarantino's unpredictable film after the initial credits. The audience is put on full alert with "Misirlou," and kept there when the radio dial turns after seconds of fuzz to this explosive jam, hilarious background noise for Jules (Samuel L. Jackson) and Vincent (John' Travolta)'s bench seat philosophizing on their way to a job.

Dance Scene: You Never Can Tell by Chuck Berry

When the boss's wife asks you to dance, you dance! The jukebox vibes of this "teenage wedding" tale set the perfect soundtrack for the Twist contest at the retro Jack Rabbit Slim's, a wholesome preamble to a frenetic, traumatizing overdose scene, and John Travolta best silver screen dance moves since "Saturday Night Fever."

Marsellus and Butch Meeting: Let's Stay Together by Al Green

Ice cold kingpins don't come much smoother than Marsellus Wallace, played in the film by Ving Rhames. So what better track than this soulful classic by Al Green when Marsellus conducts business with Butch Coolidge (Bruce Willis), telling him to throw a boxing match in a surreal scene elevated by the hypnotic song.

Mia Getting Ready Scene: Son of a Preacher Man by Dusty Springfield

You need to put on the chill stuff when you're getting ready for a big night out at Jack Rabbit Slim's. The song plays as Vincent floats around Marsellus' living room, speaking to Mia on the intercom, unsure what to expect. In 1994, Tarantino said, "I've had [that scene] in my head for six or seven years, and it was always scored to 'Son of a Preacher Man.'"

Closing Credits Theme: Surf Rider by The Lively Ones

There's no song more perfect to end this very LA, surf rock-heavy film than the jangly "Surf Rider" by The Lively Ones. Inspired by the song "Spudnik" by The Ventures, "Surf Rider" adapted a few "musical phrases." A very fitting end to a narrative that's about pretty much everything and nothing at the same time, scoring the end of the film as Vincent and Jules walk out of the diner.