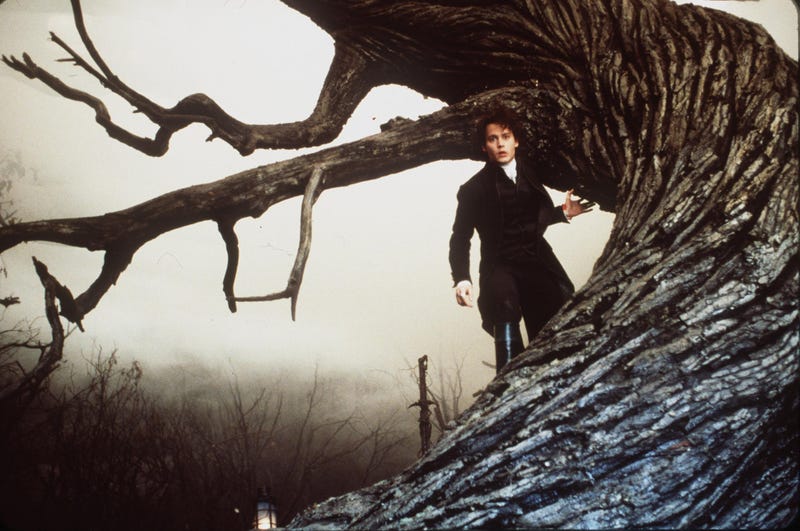 It's a wonder it took so long for Tim Burton to make his first proper horror movie "Sleepy Hollow."

Although it has flown under the radar against the backdrop of the director's colorfully grotesque oeuvre, the 1999 film still holds up today, both as a standalone horror film, as well as the realization of Burton's creepy impulses that only came out in earlier, comic-tinged movies like "Beetlejuice" and "Nightmare Before Christmas." 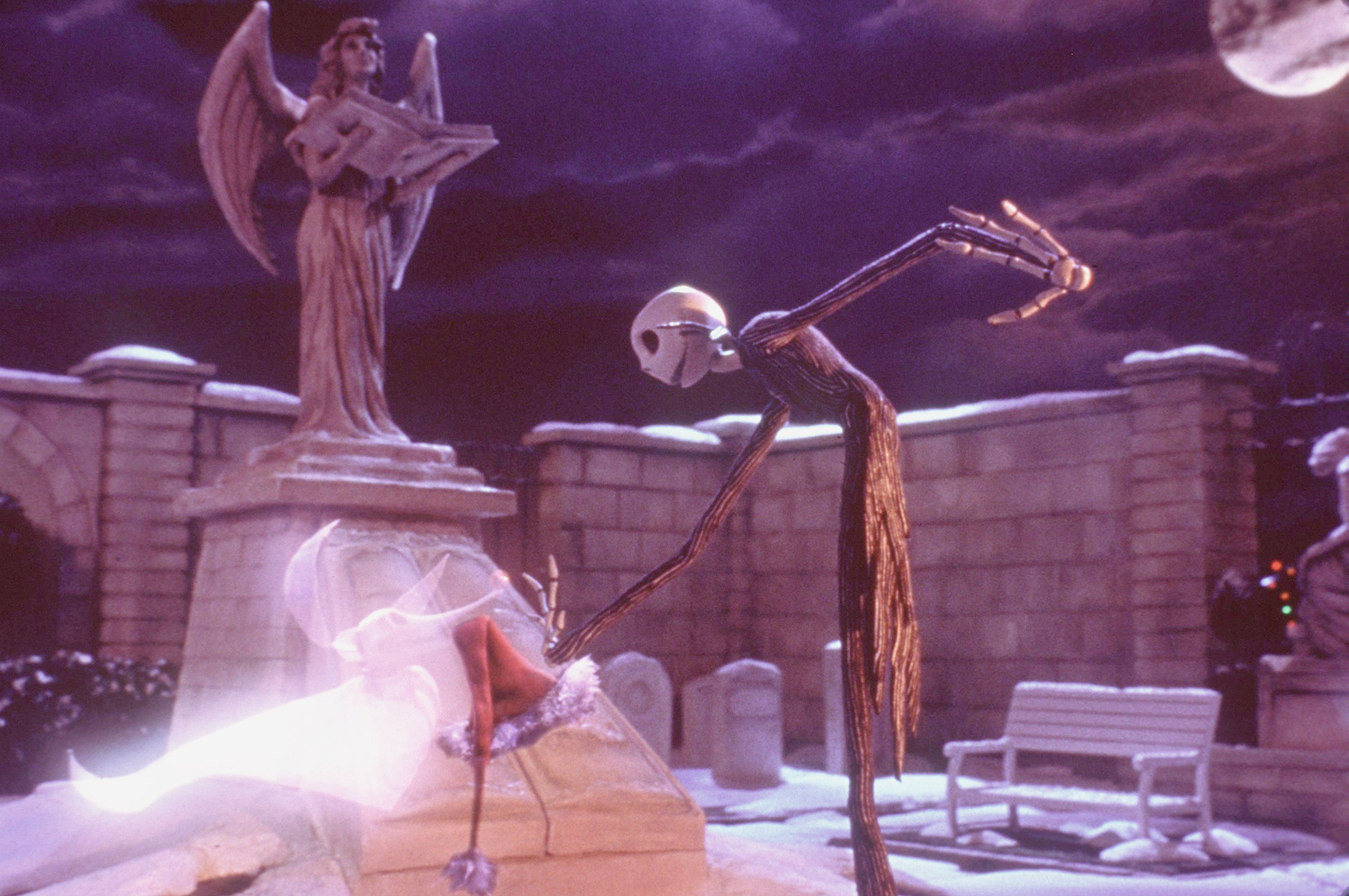 To celebrate the film's 20th anniversary -- it was released in US theaters on Nov. 17, 1999 -- here are some facts about "Sleepy Hollow" that will make your head roll.

“Inhale the witching influence of the air, and begin to grow imaginative, to dream dreams, and see apparitions.”#WashingtonIrving originally wrote this to introduce “The Legend of Sleepy Hollow.” 🎃 Read about our #HeadlessHorseman sculpture: https://t.co/qPkXO1BcT1 #NYHaunting

It's based on an 1820 Washington Irving short story.

The movie is based on the 1820 gothic short story by writer Washington Irving. The adaptation actually began development in 1993, six year's before the film's release.

Producer Adam Schroeder talked about the roadblocks the film hit when it was first being shopped around due to Hollywood's then-limited idea of literary adaptations. "They never really saw it as a commercial movie," he said. "The studio thinks 'old literary classic' and they think 'The Crucible.' We started developing it before horror movies came back."

Unsurprisingly, Burton is a horror film buff, but his influences for "Sleepy Hollow" in particular run deep. The director cited his love for Hammer Film Productions, an English production company best known for its run of gothic horror flicks between the 1950s and '70s. He also pointed to "Black Sunday" in particular, a 1960 Italian vampire flick known for the supernatural feel it evoked as a result of being filmed on sound stages.

Nothing brings the nightmare to life like the details. Since Burton opted to use as little digital effects as possible, every actor who got beheaded in the film had a plaster mold made of their heads, with silicone paint, fake eyes, acrylic teeth, and fake hair added afterwards. Enjoy this supercut of every decapitation in the movie. 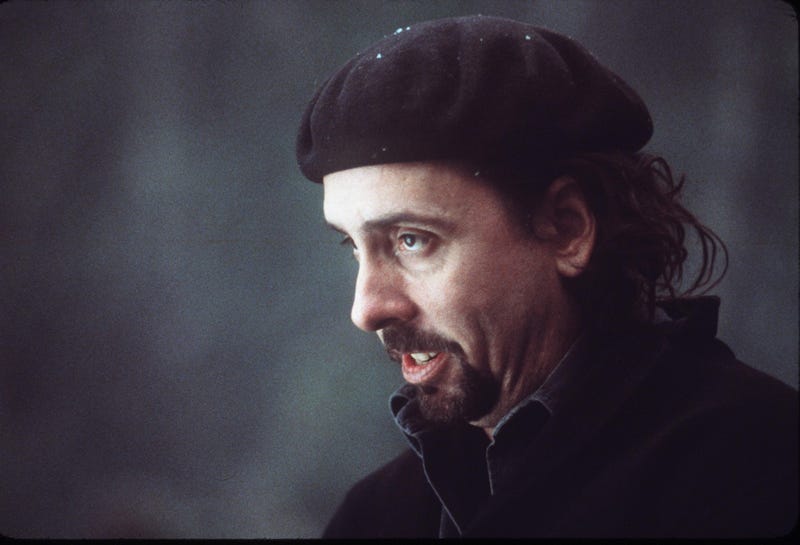 The movie's website was a marvel of late-90s web technology.

This is truly a dot-com era film. The movie's digital promo was ahead of its time. The website, which launched in October 1999, was heralded as "the most ambitious online launch" of a motion picture to date. The site (sleepyhollowmovie.com -- and no, the site isn't live anymore) offered fans live video chats with some of the filmmakers, extensive set tours, and even the chance to share postcards and view photos, trailers, and a six-minute segment about the film that aired on Entertainment Tonight. Which doesn't sound like much today, but in 1999, was just one step below riding around in a spaceship. 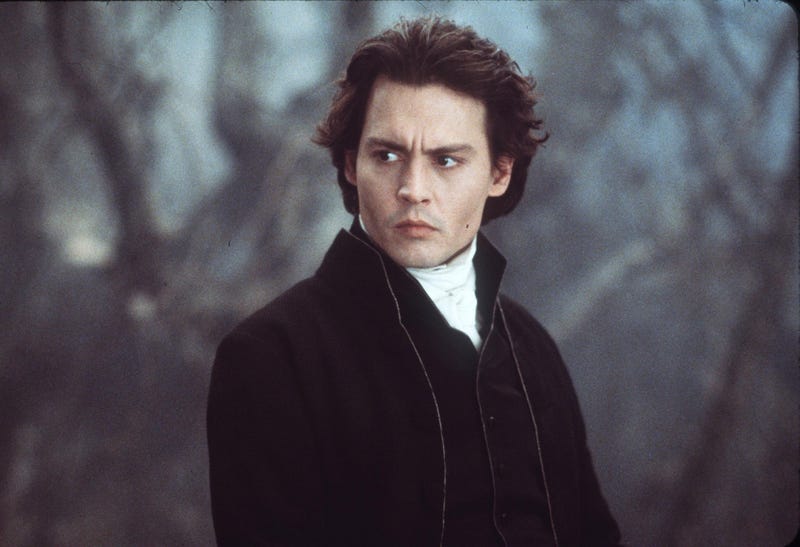 Johnny Depp didn't have a lot of action experience at the time.

In case you forgot how long ago 1999 was, here's a reminder that Johnny Depp was not yet Captain Jack Sparrow. "Sleepy Hollow" may have primed Depp for his "Pirates of the Caribbean" on-screen gusto and daringness. In a mini feature about the making of the film, Depp joked that while he didn't have a lot of action experience in films, action sequences were easier than memorizing lines.

Christopher Walken wore colored contacts and fake teeth for his role as the Hessian Horseman.

To make his terrifying character come to life, Christopher Walken wore bright blue contact lenses and sharp pointy teeth. Okay, if you've seen the movie, this one might not exactly blow you away. But the top-notch makeup skills shouldn't be a surprise here. The human and creature effects on the film were overseen by Kevin Yagher, a special effects technician known for Freddy Kreuger's makeup and the Crypt Keeper creature.