Jason Derulo is getting the claws out!

Derulo, who stars in the film as Rum Rum Tugger, had some choice words for reviewers when he spoke to TMZ on Thursday.

Jason Derulo got his claws out for 'Cats' critics! pic.twitter.com/YqiKhd6gxY

Derulo defended the merits of the feline family film.

“At the end of the day, the people are going to see it and it’s going to be a deportation to another dimension,” he said.

“It’s an incredibly brave piece of art,” he continued, “and it always has been that way.” 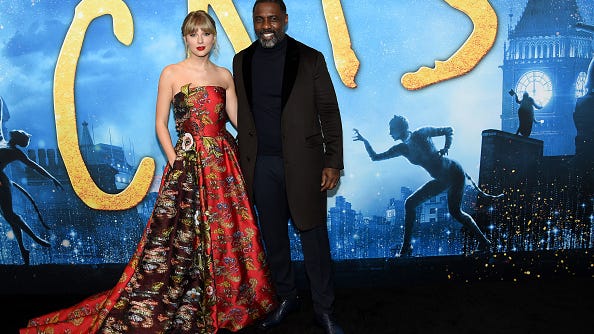 “When it came out on Broadway, it was the same thing. People were like, ‘What is this? It’s something totally different,’” he added, referring to the musical of the same name which debuted on Broadway in 1982.

Derulo said it all comes with the territory when a piece of art pushes the boundaries.

“Any time that you defy what an art form is, any time you defy all rules you know there's gonna be some push back, obviously,” he said.

The film’s cast got the classroom instrument treatment on Thursday night when they appeared on “The Tonight Show.”

Host Jimmy Fallon and The Roots were joined by Derulo, Swift, and fellow cast members Francesca Hayward and Corden for a rendition of the film’s song “Memory.”

“Cats” is in theaters everywhere on Friday, Dec. 20.