Lindsay Lohan is headed to the big screen again.

According to The Hollywood Reporter, Lohan is set to star in the supernatural thriller “Cursed” alongside Oscar nominee Mickey Rourke.

The publication reports that Lohan is in final negotiations with the studio to appear in the film, which is being written by Ian Holt and directed by Steven R. Monroe, the man behind the 2010 remake of the cult classic “I Spit on Your Grave.”

Lindsay Lohan looks to have lined up her next feature https://t.co/I7SYkw2da4

Rourke has nabbed the role of renowned psychiatrist Dr. David Elder, who teams up with Lohan’s character. 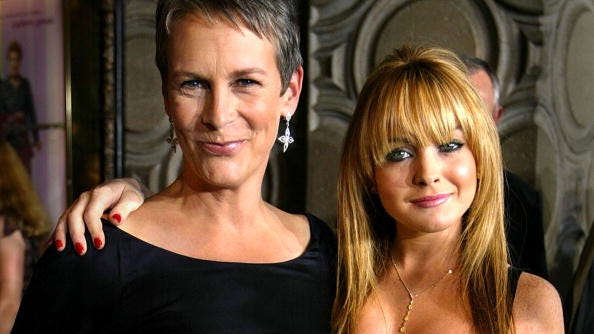 Lohan most recently appeared as a judge on “The Masked Singer Australia."

She’s been living abroad since 2016 and developing a series of nightclubs and resorts, which was also the basis for her short-lived MTV reality series “Lindsay Lohan’s Beach Club.”

However, she recently revealed she caught the acting bug again and was itching to get back to the states to nab a role.

"I'm managing my sister, so I want to really focus on me and everything that I can do in my life and come back to America and start filming again, which I'm doing something soon in this new year,” she told Anderson Cooper and Andy Cohen on New Year’s Eve via satellite interview.

.@lindsaylohan tells @andersoncooper and @Andy that she wants to spend 2020 “taking back the life that I worked so hard for and sharing it with my family and you guys.” #CNNNYE pic.twitter.com/dX8i0iBUjJ

She added, "[I am planning on] just taking back the life I've worked so hard for and sharing it with my family and you guys.

The 33-year-old is best known for her roles in three iconic films: “Parent Trap,” “Mean Girls,” and “Freaky Friday.”