Pete Davidson's personal life has always been newsworthy, so he decided to channel it into art.

In his latest comedy drama, “The King of Staten Island," you’re going to see the 26-year-old at his most vulnerable.

The “Saturday Night Live” comedian had to pull a lot from his past and personal experiences to bring to life Scott Carlin, a man who struggles with the trauma of his firefighter father’s death.

The character’s name is a tribute to his father, Scott Davidson, who died heroically while saving innocent civilians on September 11, 2001. Pete was 7 years old at the time.

But while much of the “semi-autobiographical” film was inspired by Pete’s personal life growing up in Staten Island, his on-screen father does not die during the terrorist attacks, but rather, in a building fire.

get ready to fall in love with staten island. no, really.

Director Judd Apatow explained his reasoning for the decision to Yahoo: "We talked about it a lot, and I think what we decided is we wanted the movie to be about Pete's character's grief, and his family's grief. With 9/11, it’s really something that affected everybody in the country and it would be hard to tell this story if everybody is sharing in the same pain,” he said.

"But we also knew that when people watched the movie, they would be aware that that was what we were really talking about,” he added.

The film also shows Scott dealing with mental health issues as he struggles to find his place in the world. His only goal in life is to open up a tattoo shop until his mother’s new boyfriend, also a New York firefighter, suggests he follow in his father’s footsteps. 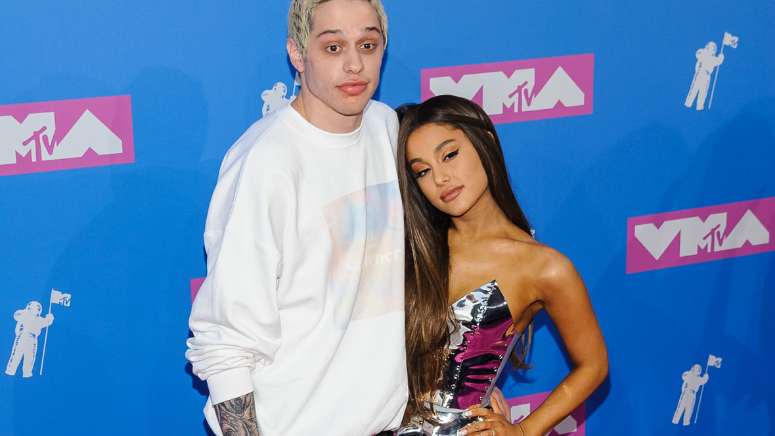 "It's definitely what my life would've looked like if I didn't get into comedy, that's what I imagined happening," Davidson said of the role.

He explained that the role was very cathartic for him. "But the issues that Scott deals with in the movie are very true, and very transparent, and the same kind of issues I have to deal with. And that's one of the reasons why I wanted to put those on screen is so that I could grow as a person and maybe after this I could move on from it and grow from it and learn from it,” he said.

“The King of Staten Island” was originally set to debut in theaters, but due to the coronavirus pandemic, it is available on various streaming platforms today instead.