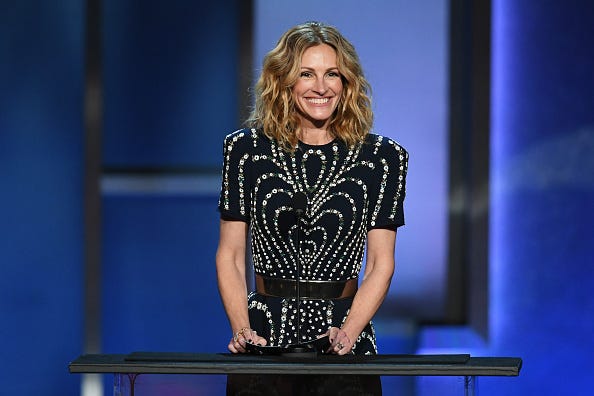 There’s no shortage of questionable casting decisions in Hollywood, but this one probably takes the cake.

Gregory Allen Howard, “Harriet” screenwriter and producer, revealed that when he first started working on the historical drama about Harriet Tubman’s life in 1994, one studio executive made a casting suggestion that had everyone scratching their heads.

The exec thought Julia Roberts would be the perfect pick for the role of Tubman, who was born into slavery in 1822 and later became one of history's most prominent abolitionists.

The reveal came in a Q&A with Allen published by Focus Features.

Allen elaborated on the suggested casting choice explaining that “the climate in Hollywood … was very different” about 25 years ago.

“I was told how one studio head said in a meeting, ‘This script is fantastic. Let’s get Julia Roberts to play Harriet Tubman,'” Allen explained. “When someone pointed out that Roberts couldn’t be Harriet, the executive responded, ‘It was so long ago. No one is going to know the difference.'”

Now, Julia Roberts was already a household name by that point thanks to the success of “Pretty Woman,” and went on to star in a handful of wonderful films such as “Notting Hill” and “Eat Pray Love,” to name a few, but thankfully for everyone, she never added “Harriet” to her repertoire.

The drama based on Tubman’s life became a reality decades after the controversial casting suggestion.

Allen credits two groundbreaking films – “12 Years a Slave” and “Black Panther” – for opening the doors and changing the conversation around representation in a way that made his film a possibility.