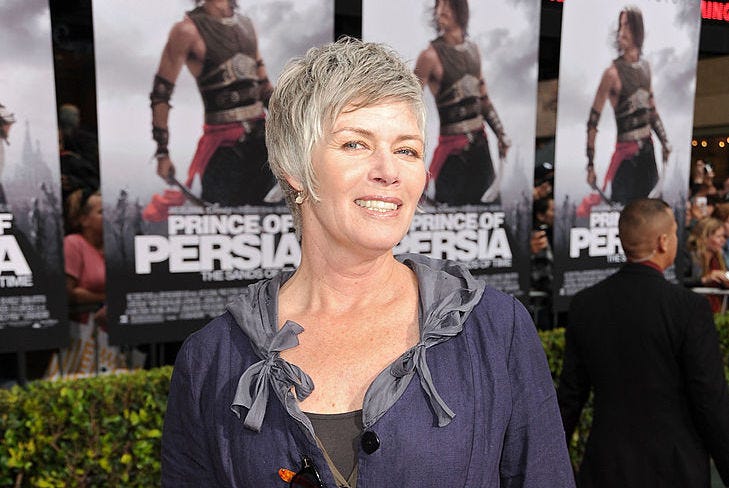 Tom Cruise may feel the need for speed, but Kelly McGillis does not.

The 62-year-old actress, who starred as the female lead in “Top Gun,”  was curiously absent from the new trailer for the upcoming sequel.

McGillis has now revealed the reason is because she was never asked to be in “Top Gun: Maverick,” according to Entertainment Tonight.

I spoke exclusively with Kelly McGillis this morning and she told me that she was not asked to be a part of Top Gun: Maverick. Our candid conservation here: https://t.co/jwrYMFW2pg pic.twitter.com/7ErqyWtFMI

"You know what, I don't know how to answer that because one, it hasn't happened," McGillis told the outlet when asked if she was going to be involved with any promotion for the new film.

"Two, if and when it did happen, I would have to assess where I am, what I'm doing, what's going on ... I can't project what I would or wouldn't do in the future. I have no idea because I don't know where I'll be."

While Cruise, 57, and Val Kilmer, 59, are reprising their roles of Maverick and Iceman, Jennifer Connelly will star as the female lead in the sequel.

When asked her thoughts on the 48-year-old Oscar winner taking the role, McGillis had nothing but nice things to say.

In addition to her role as flight instructor Charlie in “Top Gun,” McGillis also had lead roles in the 1985 Amish thriller “Witness” opposite Harrison Ford and as Jodie Foster’s lawyer in “The Accused.”

Now out of the limelight, McGillis lives in North Carolina teaching acting and spending time with her two daughters.

"I think just my priorities in life changed," she said. "It wasn't like a major decision that I made to leave, it was just that other things became more important. “