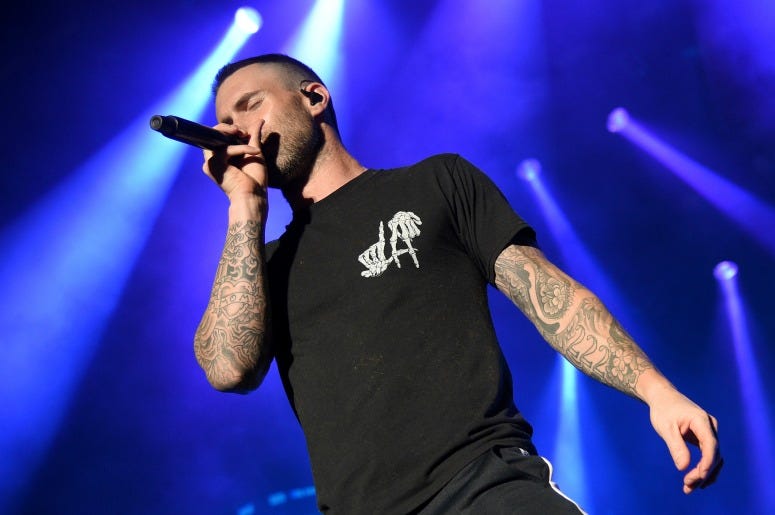 Adam Levine has found his shirt since the Super Bowl, but on no, he’s lost his hair. Well, at least some of it, and what remains is rocking a new cornrows style that some fans are twisted about.

The Maroon 5 singer was spotted out driving this week, wearing a new cut with sides shaved down to the skin, and the remainder of his hair in cornrows. It’s the latest bold move from a man not afraid to try new looks with his hair, but it has left some confused.

Adam Levine Shaved His Head And Got Cornrows And It’s Just A Lot To Process pic.twitter.com/RsVe7WvZmL

adam levine shaved his head and got cornrows and i'm unwell pic.twitter.com/gzULeQxSfo

The cornrows look follows the peroxide blonde look and the mohawk look and a handful of other haircuts that we’ve all lived through, together.

Last week, Levine and Maroon 5 revealed their first new song of 2019. On “Memories,” the band looks back and raises a toast to those that we have lost along the way, delivering a tender ballad filled with nostalgia and vulnerability.

“Memories” is the first song from Maroon 5 since their album Red Pill Blues was released in 2017, featuring the most-watched video of 2018, “Girls Like You” featuring Cardi B.