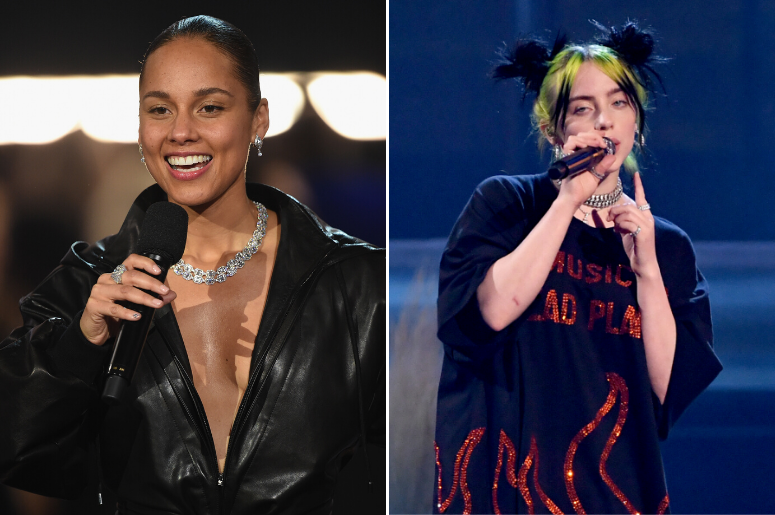 “We need some dramatic lighting,” Alicia Keys said as she prepared to join Billie Eilish for a song on “The Late Late Show.”

The studio became bathed in blue before Keys began a piano intro to Eilish’s 2016 single “Ocean Eyes.” The two singers maintained their distinctive styles while trading verses and then coming together at the end of the song.

Keys, who was filling in for host James Corden, told Eilish she was a big fan and loved her writing and voice. She had already posted a cover of “Ocean Eyes” on Instagram.

Eilish was immediately ready to return the compliment. She surprised Keys with a video of her performance from a talent show in 2015 in which she covered Keys’ “Fallin’.”

Keys is set to become just the third woman to host the GRAMMY Awards more than once. She’ll make it back to back appearances at the 62nd annual ceremony on January 26th.

Last month, Eilish released her first new song since her debut album. “everything i wanted” comes as 17-year-old prepares for her Where Do We Go tour, which kicks off March 9th in Miami and runs until April 10th in Tacoma, WA.