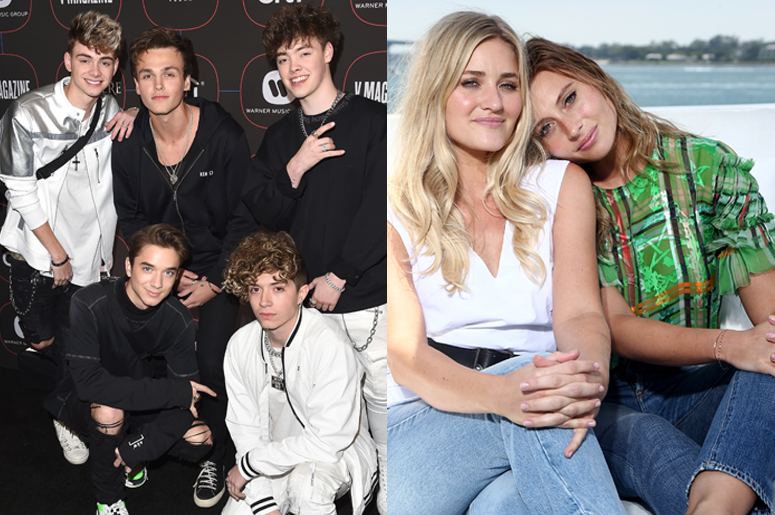 When it comes to the rise of Why Don’t We, the boy band can go ahead a credit the internet as a substantial part of their come up. So it comes as no surprises that they hopped on the TikTok trend train, dropping a harmonious cover of Aly & AJ’s 2007 hit “Potential Breakup Song.”

In the video, released on Monday, the boys put their own soulful stripped-down spin on the original undeniable pop bop.

Based on their reaction, it’s safe to say the sisters we’re here for Why Don't We's rendition. Aly & AJ took to Twitter to share the vid with their close to 600K followers, writing, "Stunning harmonies guys!! You can cover our tunes anytime 🙂 thanks for the love.”

Stunning harmonies guys!! You can cover our tunes anytime :) thanks for the love https://t.co/JaKE3mVaiu

“Potential Breakup Song” was originally released in 2007 as the lead single of Aly & AJ’s sophomore LP Insomniatic. Peaking at number 17 on Billboard’s Hot 100, the track is still their highest charting hit.

Those who know, know, and for those who don’t, first of all, shame on you, but here — check out the OG bop below. Also, be sure to watch Why Don't We’s echoey rendition of "Potential Breakup Song” above, in no particular order, do what makes you happy.