The compelling story of Rihanna’s rise to fame and fortune is coming to Amazon.

According to The Hollywood Reporter, the company is paying $25 million for the rights to stream the untitled Peter Berg-directed documentary worldwide. The film has been in the works since as far back as 2016, but it appears time and money have intersected to finally make its premiere a reality. 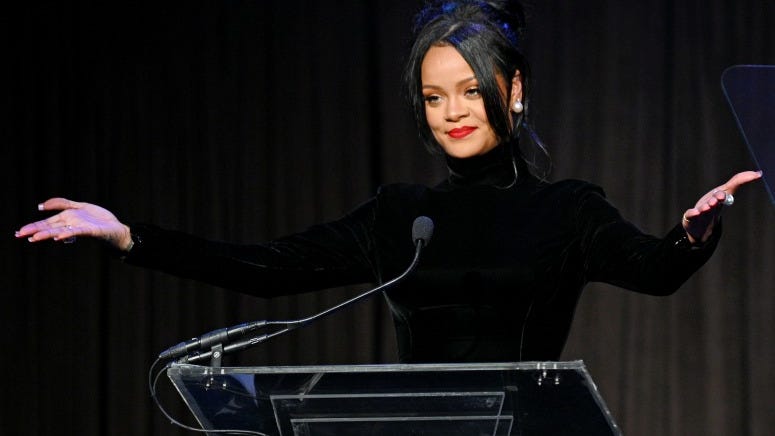 The New Rihanna Book Has Over 1,000 Photos and Amazing Extras

The documentary is billed as an “unfiltered look into Rihanna's life and how she’s ascended to become a global icon.” Berg says he compiled more than 1,200 hours of footage after gaining unparalleled access to the pop star’s life. In an unfortunate coincidence, the shoot even took the crew steps from an international tragedy.

“We were in Nice (France),” Berg previously told THR. “She was going to do a concert on Bastille Day. And that truck driver who killed all those people plowed through them right in front of our hotel. So even in me trying to do something light, I had a very, very front row seat to something that horrific."

There’s no word yet when the documentary will be available and Amazon isn’t commenting.

Rihanna will join the rest of us in watching Jennifer Lopez and Shakira perform during halftime of the Super Bowl, but she could have been on that stage herself if she wanted to.

The 31-year-old told Vogue she turned down the chance because of the NFL’s ongoing saga involving Colin Kaepernick. And even though the show is being produced by friend Jay-Z’s Roc Nation, Rihanna is still firmly on the sidelines.

“I couldn’t dare do that. For what? Who gains from that? Not my people,” she explained. “I just couldn’t be a sellout. I couldn’t be an enabler.”