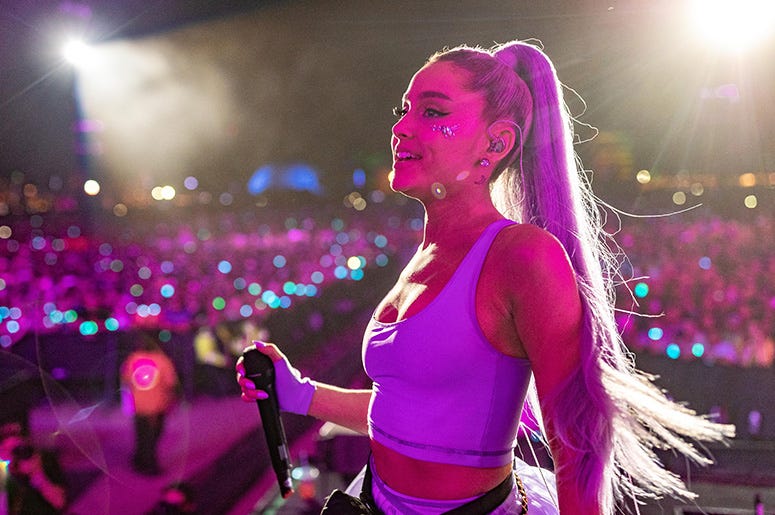 Ariana Grande has pulled back the curtains on her inclusive and sexy administration to give fans a behind the scenes look at the music video for “positions.”

Fans lost their collective minds’ during the video’s premiere, picturing Ari as an assertive POTUS. Behind the scenes footage gives perspective on the level of preparation for filming. Staff, actors and director are all wearing facemasks and following COVID-19 social distancing protocols. There were plenty of laughs back stage. One actor that plays a cabinet member shows cameras what’s written on a supposed policy paper.

“It literally says ‘The Words We Like to be Called in Bed,’” she reveals to the camera with a chuckle. Another candid moment revealed Grande’s control of multiple dogs while filming the video’s final scene. There’s also a shot of Ari checking on a pie and flipping off the camera.

Ignoring the presidential backdrop, Ariana’s lyrics allude to her many different roles in a serious relationship. “"Switchin' my positions for you / Cookin' in the kitchen and I'm in your bedroom / I'm in the Olympics way, I'm jumping through hoops,” she belts out. It’s in that vulnerability Ari shows strength.

Her latest album, Positions, is set to release Friday, October 30. Sources say the work will include just three collaborations, including Doja Cat and The Weeknd. Until then, fans will have to gaze at the album’s beautiful cover shot, posted on the singer’s Instagram.

positions 〰️ single out now 🤍 five days until the album 🤍 what song are u most excited to hear ?