With his new single “Falling Like the Stars” making an impact and his third studio album on the way, it’s safe to say James Arthur is firmly entrenched in the pop music scene.

Along with a huge amount of success, the British singer-songwriter shares producer Mark Crew with his countrymen Bastille. Producers have been known to be challenging and tough when they’re looking for a certain sound, but sometimes they need to keep things light when the tape isn’t rolling.

In the exclusive video above, Bastille has a question for Arthur: What’s the worst story he has about Crew – the worst thing he’s done? It took Arthur a while to come up with something, mostly because his first thoughts were apparently NSFW. But after rewinding his thoughts to the first time he met the producer, he recalled a story about sushi. Arthur wanted some with a little salmon. Crew had other ideas. 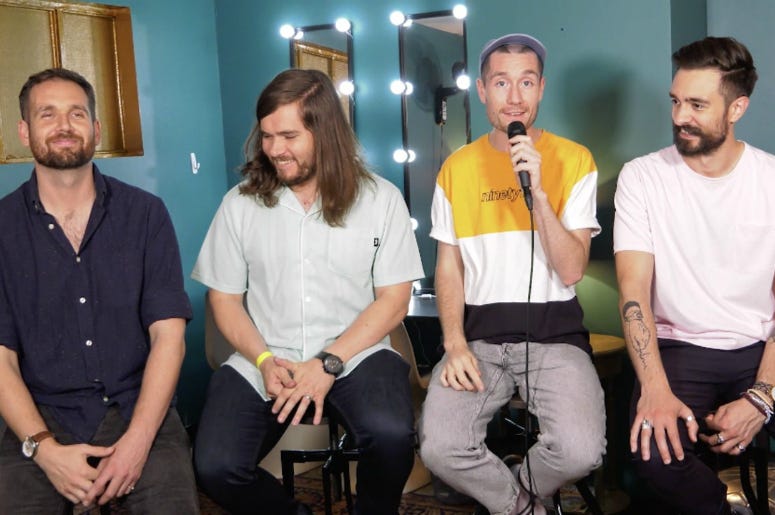 “When my food came he had ordered me it was just all salmon sashimi… I thought what a d****** - why would you do that to me?” Arthur joked, “And I didn’t eat because it was quite disgusting. That’s how our relationship began. Safe to say it got considerably better since then because I hated him that day and still do a little bit. I remind him of it all the time because I was starving.”

Arthur and Bastille have another thing in coming – they’re both playing new music on tour. Bastille just released Doom Days – their first album in three years. It features the upbeat and atmospheric “Joy.”