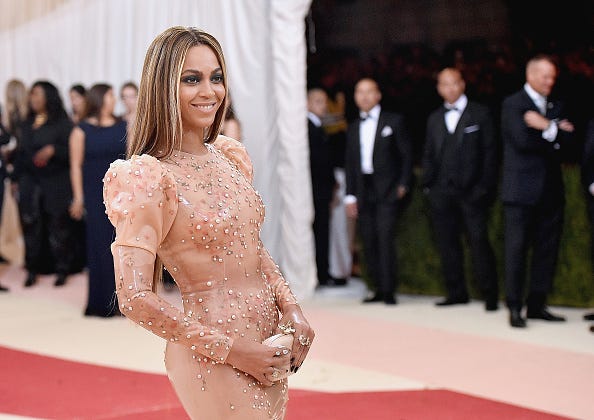 “I would have posted earlier, but I had work to do”

Beyoncé has shared a birthday message on her website, thanking everyone for the love and thanking God for her blessings. “I’m grateful for every breath,” she writes. “I would have posted earlier, but I had work to do”

The note arrives two weeks after her actual birthday, but she’s made up for it by sharing all of her pictures from year 37. From last year’s birthday in Sardinia, to poolside brunches and parties for Leonardo DiCaprio, the “Spirit” singer’s site has been transformed into a family photo album filled with sweet shots of her and Jay-Z, Blue Ivy, and the twins.

There are a lot of looks being served, but people seem to have zeroed in on Halloween, where amongst her costumes of Florence Joyner and Toni Braxton, Bey also dresses up in a vintage Lisa Bonet style. Sporting circle shades and carrying the twins, Beyoncé somehow waited almost a year to reveal her Denise Huxtable outfit, and it’s perfect.

Beyoncé as Lisa Bonet with the twins attached to her hips. pic.twitter.com/lVp5fhJ9jQ

Maybe she would have posted earlier, and just had to work.

She’s certainly been busy enough, with the box office busting film The Lion King, her companion album The Lion King: The Gift, and a documentary airing earlier this week showing the making of the album and her trip to Africa.

You can enjoy all the shots from Beyoncé on Beyonce.com.