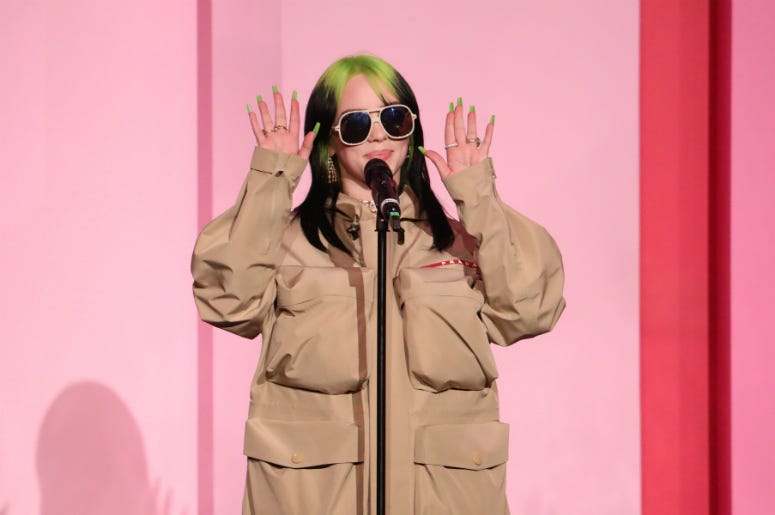 Billie Eilish hopped in the passenger seat for the latest installment of “Carpool Karaoke.” The pop phenom sang some of her songs with James Corden and talked about her infamous meeting with Justin Bieber.

While driving through the streets of Los Angeles, the two kicked things off by singing along to “Bad Guy,” before the conversation turned to her famous fans. The 18-year-old recalled her run-in with Bieber earlier this year.

“For like all Coachella weekend I was like ‘Don’t surprise me with Justin Bieber. I can’t take it. I can’t have to do this show and Justin Bieber’s going to be there.'”

Eilish and Corden also dueted on “Ocean Eyes” until they pulled up to the home she still lives in with her parents. Corden asked her if her living arrangements help keep her grounded.

“Probably more than I realize,” she answered. “Also just being around my parents all the time, and even on tour my parents are there. My entire family besides my dog and my cat and my spider. I have a spider. Do you want to see it?” 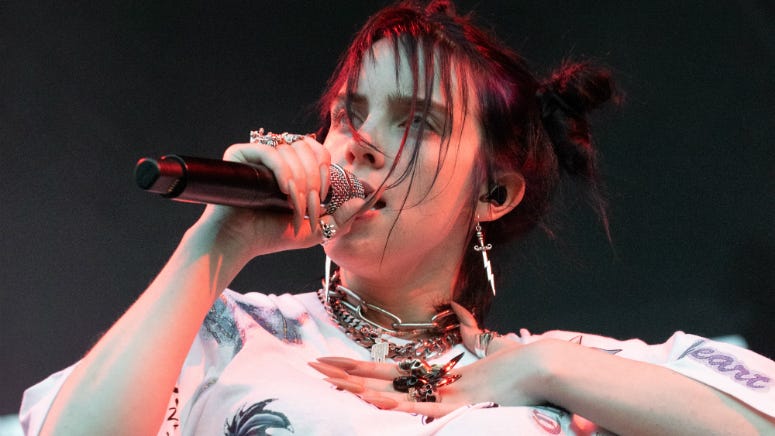 Whether he wanted to or not, Corden ended up with a fairly large black and blue spider on his hand while Eilish showed him around the home where she and her brother FINNEAS worked on the songs that made both of them famous. Her mom stopped by to talk about what it has been like watch it all happen.

“It’s never not being mind-blowing,” she explained. “It’s almost like there’s been four years of ‘Oh my God, what is it.’ It’s not like I can never feel it in the moment because the whole experience is so crazy.”

Eilish and Corden wrapped up the segment by taking on “When the Party’s Over.”

WATCH MORE: Billie Eilish Shares How She Picks Her Outfits