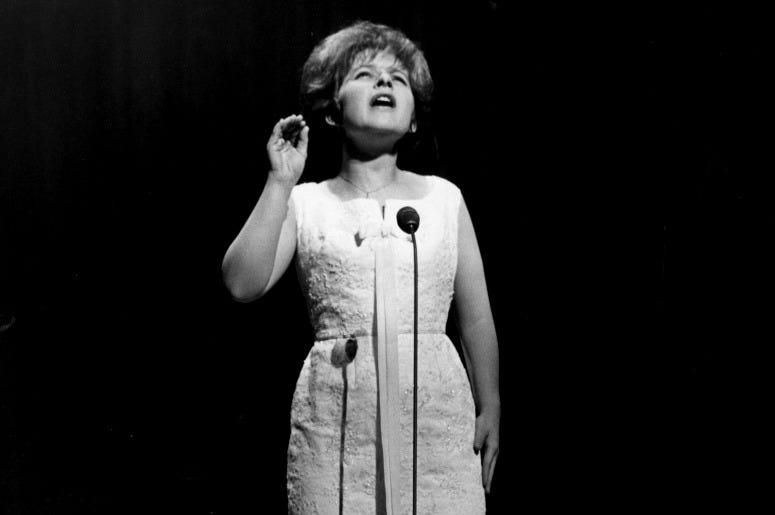 You might get a sentimental feeling when you hear “Rockin’ Around the Christmas Tree,” the 1958 Christmas classic from Brenda Lee that has been a staple of the holiday season for over 60 years.

The Rockabilly Country song seems to strike that perfect balance of old time swagger, and jumping jolly jive thanks to one of the most iconic saxophone solos from any time of any year. A big time hit from the small in stature performer, who has been inducted into Rock and Roll and Country Music Hall of Fame.

There’s been plenty of celebration this week for Mariah Carey taking “All I Want for Christmas Is You” to number one for the first time after 25 years. As there should be, we stan a Christmas Queen. However, while you were watching Mimi in the snow, Brenda Lee has been gathering steam behind her.

“Rockin’ Around the Christmas Tree” first appeared on the Billboard chart in 1960, but the song is really having a renaissance over the past 5 years. In 2014 it re-entered the chart at number 50, and it has jumped a little higher every year since.

After landing in the top 10 for the first time last year, Brenda Lee’s ode to holiday gatherings has raced all the way to number 3 this week. The song sits behind only Mariah Carey and Post Malone.

The performance this year has made “Rockin’ Around the Christmas Tree” the third highest-charting holiday song of all time, topped only by Carey and "The Chipmunk Song" which landed at number one back in 1958.

Sorry Andy Williams, sorry Bobby Helms, but Brenda Lee is here to let the Christmas spirit ring, and shows no signs of slowing down. It's the new old fashioned way.

WATCH MORE: The Origin of Your Favorite Christmas Traditions