Britney Spears quit her Las Vegas residency in 2019 and released her last studio album in 2016, so is there a chance we’ve heard her sing for the last time?

The “Toxic” singer’s 13-year-old son, Jayden, might have broken some news about that when he answered fans’ questions during an Instagram Live session yesterday. When one follower asked him whether his mom would be releasing any music soon, he went in the opposite direction.

“Actually I haven’t seen her doing a lot of music at all,” he said via Us Weekly. “I don’t think that … I don’t know, dude. I don’t even know. I remember one time I asked her, I said, ‘Mom, what happened to your music?’ and she was like, ‘I don’t know, honey. I think I might just quit it.’ I’m like, ‘What? What are you saying? Like, do you know how much bank you make off of that stuff?’” 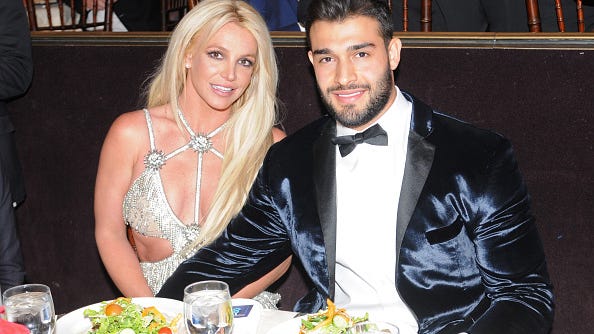 It wouldn’t be a complete shock if Britney never performed again because her manager predicted the possibility last May. Five months after Spears cancelled her Britney: Domination shows in Vegas to deal with personal and family issues, Larry Rudolph told TMZ he could see her career as we knew it ending.

"I don't want her to work again till she's ready, physically, mentally and passionately,” Rudolph said. “If that time never comes again it will never come again. I have no desire or ability to make her work again. I am only here for her when she wants to work. And, if she ever does want to work again, I'm here to tell her if it's a good idea or a bad idea."

Time can change people’s opinions, however, and Britney has since said she is in a better place with the help of therapy and boyfriend Sam Asghari.

Jayden is Britney’s second child with ex-husband Kevin Federline, who she seems to be ready to move on from in another way. She asked fans if she should remove the matching dice tattoo she and Kevin got in 2004.

"God does not play dice with the universe,” she wrote. “So maybe I shouldn’t have gotten the pink dice 7 on my left arm.”