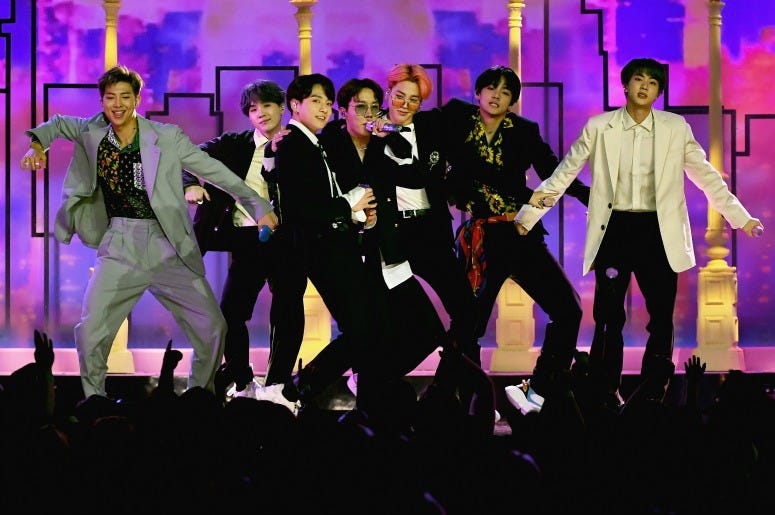 "We have to consider ourselves not just better, but the best," RM of BTS explains in a new wide-ranging interview with The Hollywood Reporter, detailing their scheduled break and their standing in the K-pop community. "When we're out there on that stage, we're there to conquer. We think we're the ones."

The talk with The Hollywood Reporter is the first big conversation with the chart-topping global phenomenon since they announced their break this summer, taking some time to rest and recharge before the next big chapter in their career. "It's not a big deal," Suga says during the interview. "It's literally a vacation."

While a break from BTS caused an avalanche of headlines around the world, to these 7 friends is was just a brief escape to live life like any other 20-something. "I'm just a young man who likes to watch Stranger Things on Netflix and loves to eat and drink beer," RM explains, echoing the experience of so many of us. "But I turn on CNN and BBC and they're talking about our vacation. It feels like we're living in a different world."

BTS seems rejuvenated and ready to continue their pop domination, set for a show in Saudi Arabia next week with an eye towards returning to the GRAMMY Awards. "When we were presenting, we said that 'We will be back!'" RM remembers about their landmark appearance at the show. "So hopefully we can keep our words. It would be an absolute dream come true. Just thinking about it is thrilling."