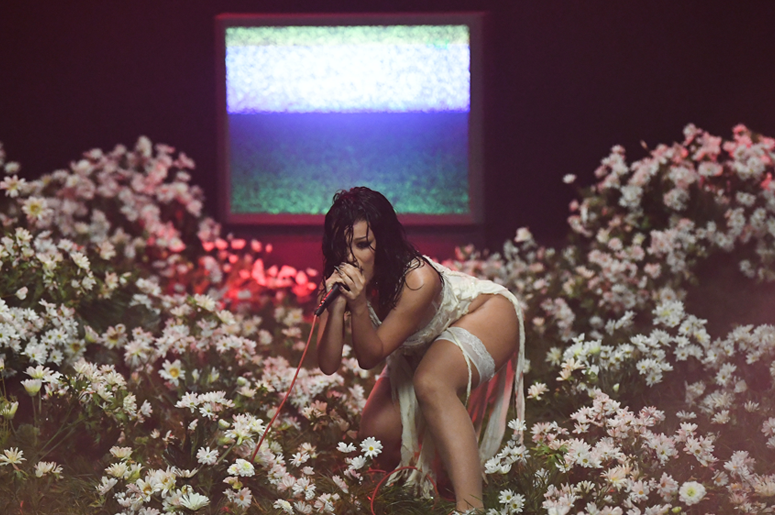 Doja Cat decided to switch things up at the 2020 MTV Europe Music Awards this past Sunday. Slaying with a metal rendition of her catchy tune “Say So.”

Instead of the upbeat original version of the song, Doja, decided to take both her performance and look, in a darker direction. Revamping her slinky disco smash into an early 2000s growling metal rager, complete with distorted guitar riffs courtesy of a band of prosthetic animal face wearing goth musicians.

Doja began her performance by crawling out of a staticky TV screen into a field of flowers. Sporting a tattered white dress and messy hair draped over her face, giving us some major creepy Samara from The Ring vibes.

No seriously, get your head bang on and see for yourself.

Other than offering up something new and refreshing, and did we mention slaying her performance, Doja was also nominated for two awards, including Best New Act, which she won. Other big winners of the night include, BTS, show hosts Little Mix, Karol G, and Lady Gaga.

Check out Doja’s metal rendition of “Say So” above.