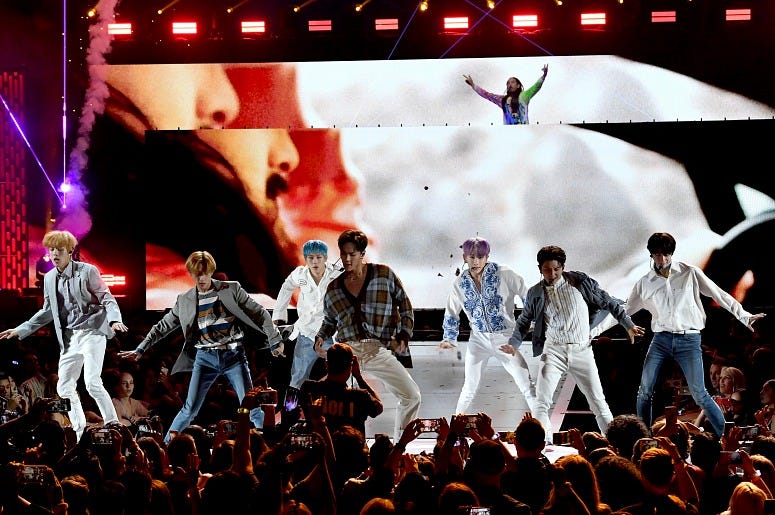 Monsta X and their management Starship Entertainment have decided to part ways with singer and songwriter Wonho, releasing a statement on Thursday detailing the decision. The news comes after a swirl of accusations for past behavior continued to increase across social media.

"After a long discussion with Monsta X's member Wonho, we have agreed that it's best to part ways amicably at this point,” Starship Entertainment explains in the statement. "We greatly respect Wonho's decision who wants to make sure the recent chain of events doesn't distract from all the exciting things that are happening for Monsta X now and what lies ahead in the future."

Monsta X released their latest album on Monday, and have had an amazing year with a sold out world tour and their US television debut. The group also signed a new deal with Epic Records in May.

It’s not entirely clear what wrong doing in being alleged, but the company has acknowledged that the accusations against Wonho took place before his time in the group.

After the news broke, Wonho released his own message to fans. “I have received undeserving blessings and love while promoting as a Monsta X member,” he wrote. “I sincerely thank you for making precious memories for me. To the members who worked hard with me and stayed with me, I would like to tell them that I’m thankful and that I love them.”

“There was a time when I was immature and have made big and small mistakes, but after becoming a trainee and making my debut, I stayed on track and worked hard to avoid being ashamed of myself,” he continued. “The members have nothing to do with me. I carefully ask that you at least give support and encouragement to the members."

Fans were quick to react to the exit of Wonho, filling the #WeLoveWonho hashtag with messages of support and disappointment.

Please guys please this isnt right you know he did nothing wrong #WeLoveWonho #원호사랑해 #WONHO #WONHOCOMEBACK #몬스타엑스 Starship: Keep a member of Monsta X - Sign the Petition! https://t.co/TgPLxsVLXw via @Change

Monsta X has since postponed a fan signing event for today in Korea. The group is set to begin playing holiday shows in the US, including the B96 Jingle Bash in Chicago, next month.