Justin Bieber is becoming one of the best-known celebrity sports fans around, especially now that he’s been moving from the stands to actual playing surfaces.

The Lakers may have Jack Nicholson and Kentucky basketball can claim Ashley Judd, but Bieber has actually put on uniforms for high profile NBA and NHL events in recent years.

The “Yummy” singer also still finds time to cheer on his favorite teams and players from the front row and has been spotted at several professional basketball and hockey games over the years.

Here’s a look back at seven times Justin Bieber made it clear that he’s about more than just music. 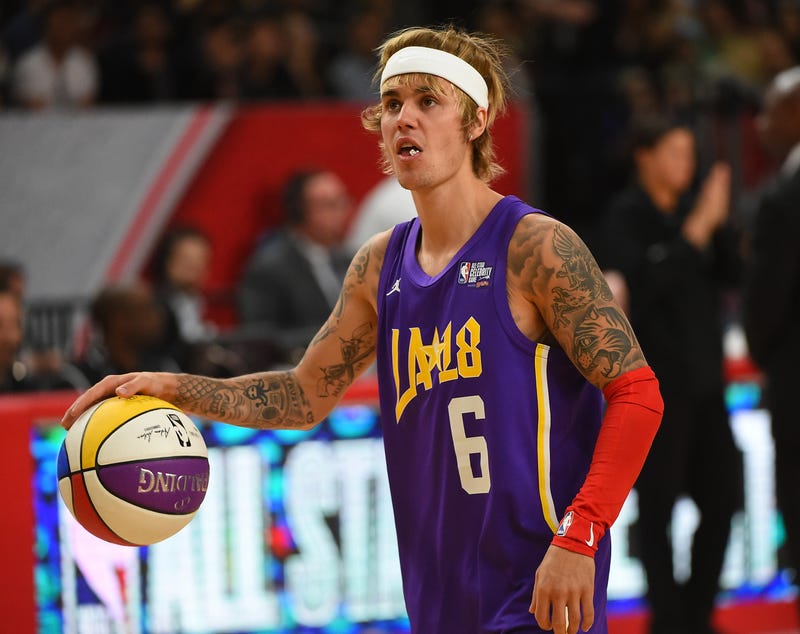 Bieber looks to have complete command of the floor while wearing the colors of the hometown Lakers. But unfortunately his team, which also included actor Michael B. Jordan and Red Hot Chili Peppers bassist Flea, lost to Quavo, Offset and Team Clippers. 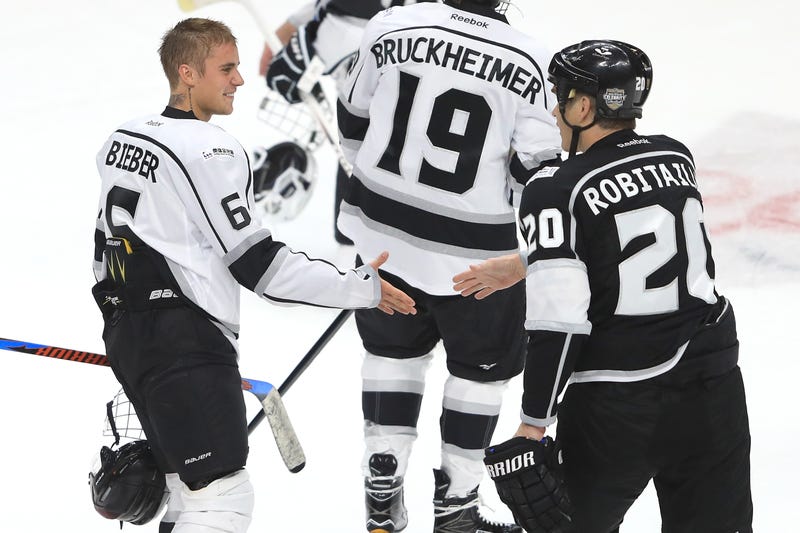 Like most of Los Angeles and beyond, Bieber was deeply affected by the loss of the former Lakers superstar. His purchase of Kobe-themed wall art inspired Idiot Box Art to sell hundreds of miniature versions of the piece to raise money for Kobe's charity.

Bieber went home to Canada for the holidays in 2019 and laced up his skates with some childhood friends, not to mention three of the best players on his favorite team, the Maple Leafs. Bieber and his brother, Jaxon, posed for this picture with Auston Matthews, Mitch Marner and Tyson Barrie. 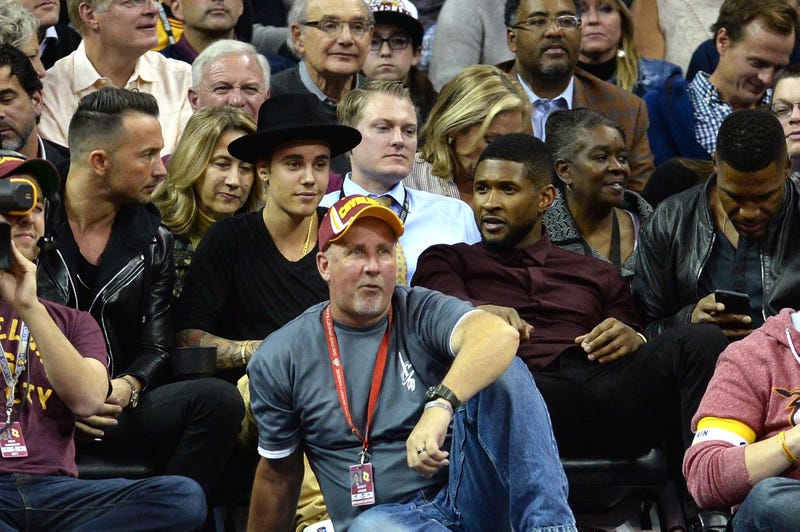 5 CHECKING IN ON LEBRON IN CLEVELAND

Bieber and Usher didn't want to miss King James' homecoming. The two singers had a close-up view of LeBron as he struggled in his first game for the Cavs after four years with the Heat. The home team lost to the Knicks that night. 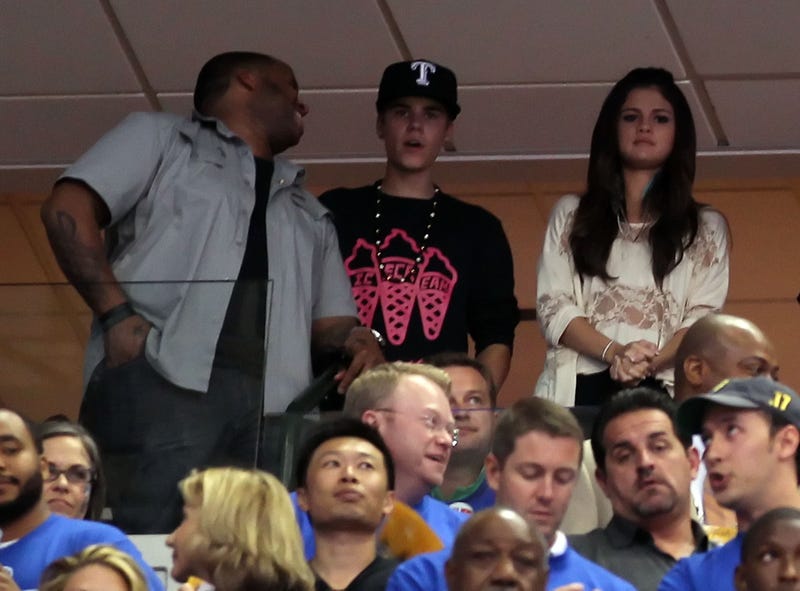 6 CHECKING IN ON LEBRON IN MIAMI

Bieber clearly has an interest in one of the greatest basketball players of all time. In 2011, he brought Selena Gomez along to watch the Heat and Mavericks play game 4 of the NBA Finals. James lost on that night as well. 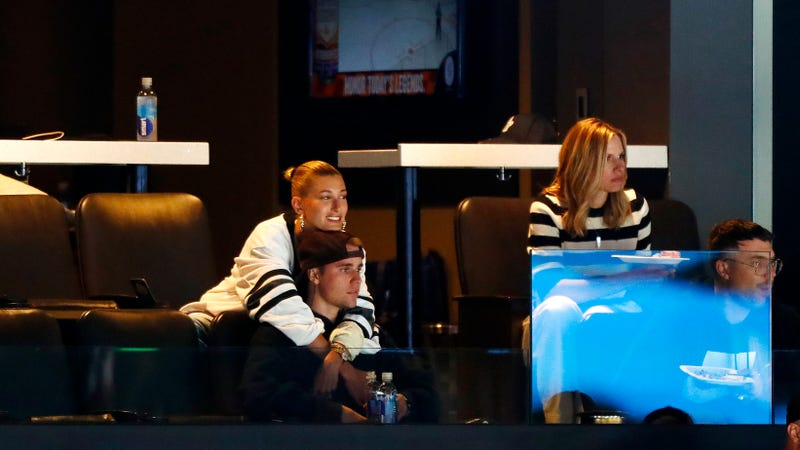 7 GETTING COZY WHILE WATCHING THE MAPLE LEAFS

It was a new era for Bieber as he took in the 2019 Stanley Cup Playoffs with his wife, Hailey. But unfortunately it was another loss on the ice. They watched the Leafs fall to the Bruins in a game seven.