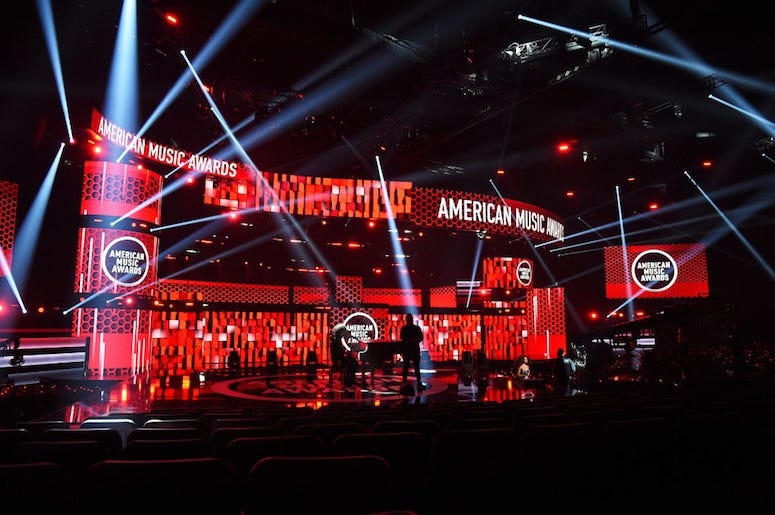 Another American Music Awards came and went and this year’s AMAs were full of memories that’ll last us a lifetime.

From the jaw-dropping outfits we caught on the Red Carpet earlier, to the big winners of the night, and everything in between, the AMAs delivered.

Here’s a look at some of the best moments from the evening. 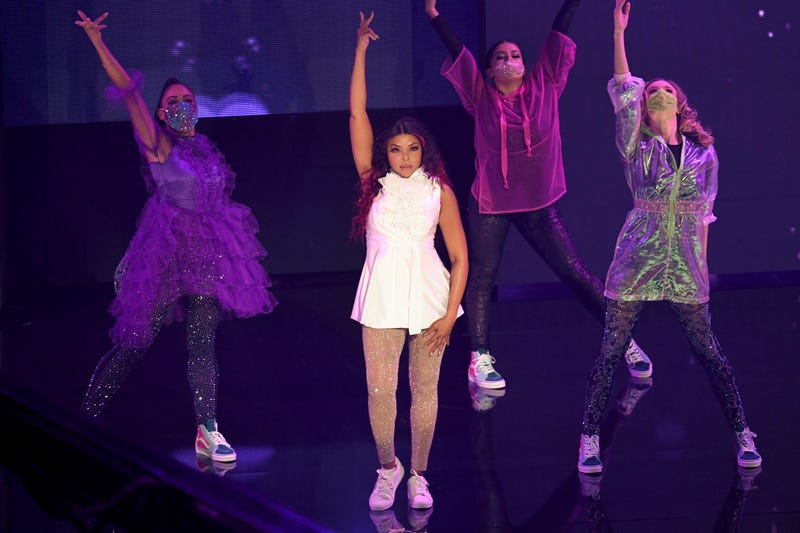 1 Taraji P. Henson opens the show and shouts out some major names

Taraji P. Henson made quite the entrance as host of the AMAs as she had an incredible dance routine over a medley of hits. During her opening monologue she said hello to the likes of JAY-Z, Beyonce, Dolly Parton, and Stevie Nicks in the audience, who were all represented by cardboard cutouts.

Katy Perry, accompanied by Darius Rucker, made her glorious return to the AMAs giving a stripped-down performance of her song “Only Love.” The minimalist performance featured Rucker on guitar and the duo’s gorgeous voices. Plus, Katy dedicated the song to her father before the show giving her performance added meaning.

First off, Taraji P. Henson gave Meg quite the introduction that got us hyped for her performance. Then came Meg, and did she deliver. With her crew of backup dancers by her side, Meg offered the world premiere of “Body” sending positive vibes through our TV screen making sure that we all love the bodies we’re in. If you weren’t singing “body ody ody ody ody ody ody” after that performance, you weren’t doing the AMAs right.

💥@theweeknd knows how to perform at an award show! #AMAs pic.twitter.com/U11T8MVdcB

The Weeknd delivered a phenomenal medley of his After Hours hits as he strolled across a desolate bridge. There were fireworks, and lots of them! Kenny G also made an appearance at the opening of the medley with roughly ten seconds of screen time.

I think Therefore I Am still obsessing over that @billieeilish #AMAs performance! 💚 pic.twitter.com/mxXftlbyWD

Billie had one of the coolest visual setups of the entire night as it looked like she was performing inside a maze. With a burnt orange hue lighting the environment, Billie switched between walking a narrow hallway, to a larger room featuring her band and a staircase she could dance on.

6 Ride back in time with Nelly and Cedric The Entertainer

Who else was surprised when Cedric The Entertainer came on their screen to introduce Nelly? It was the perfect surprise and set the scene as Nelly celebrated the 20th anniversary of his hit album ‘Country Grammar’ by performing a medley of his most memorable songs.

Prior to presenting Becky G with the very first Favorite Female Artist - Latin award, Bad Bunny took music fans on a tour of Latin America. From Reggaeton, Bachata, and so much more, Bad Bunny showcased why Latin music has seen an astronomical growth in popularity lately. 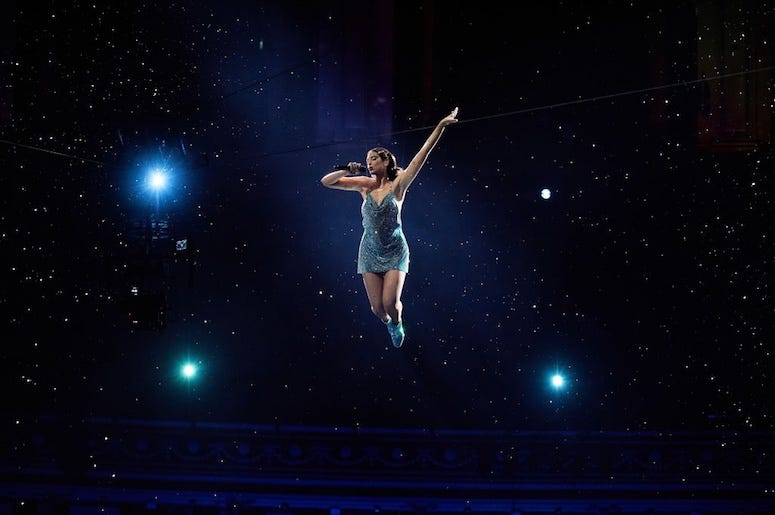 Dua Lipa gave the world premiere performance of her song “Levitating” and took the message literally. Dua was lifted up into the stars towards the end of her otherworldly performance proving that yes, she is not of this world.

Break out the boombox, Air Jordans, and baggy pants, the 90’s were alive and well at the AMAs as Bell Biv DeVoe rocked the house. It was a shame the circumstances couldn’t allow for an audience, because they deserved a gigantic breakdance circle when they played “Poison.”

10 24kGoldn and Iann Dior play it cool in AMAs debut

If there was any performance that was a total vibe for the night, it was 24kGoldn and Iann Dior’s performance of their hit song “Mood.” With trippy visuals and a head bopping hit, the duo left us in a mood for the rest of the night.

Megan Fox introducing @machinegunkelly at the #AMAs has our hearts BURSTING pic.twitter.com/2F3RWWfHug

Megan Fox and MGK made their debut as a couple on the Red Carpet earlier, but that wasn’t their only moment at the AMAs. Megan introduced MGK prior to his performance, giving us a collective “awww” moment between the two lovebirds. MGK then went on to deliver a medley of songs from his latest album Tickets To My Downfall.

Are you ready for it? @taylorswift13 is #AMAs Artist of the Year! pic.twitter.com/3pcbLKSE6B

Taylor Swift won the AMA for Artist of the Year and dropped a HUGE announcement in the middle of her acceptance speech. She originally planned to be there in person, but is currently in the studio midst re-recording all of her old material. To say we’re on the edge of our seats with excitement to see what she has in store may be an understatement.

It's impossible to be in a bad mood when @BTS_twt is singing #Dynamite! What a great #AMAs performance! 💜 pic.twitter.com/rIqbwv1zPO

If there was a way to make a giant soccer stadium feel intimate, BTS knows how to do it. BTS performed in an empty soccer stadium that was lit up to make it look as if a packed crowd was there. Giving their very first performance of “Life Goes On” along with an amazing rendition of “Dynamite,” BTS closed out the show in style.

news
Fauci says US has ‘done worse than most any other country’ on COVID pandemic
sports
Texans' AFC South opponents, NFL donate $200,000 to Houston winter storm relief
news
38-year-old father of 7 dies of COVID-19: ‘That was my other half’
sports
Bucs QB coach: Tom Brady wanted to emulate what Peyton Manning did in Denver
sports
Luke Voit on Domingo German: 'He's skating on thin ice'
sports
Bucs rookie standout trying to redeem himself after Super Bowl taunting fine