As a pop star and singer-songwriter icon, Halsey has already dominated the charts, embarked on world tours, and collaborated with various other big names in pop, now the “Be Kind” singer can add TV star to her impressive repertoire.

Halsey is set to co-start alongside Euphoria’s, Sydney Sweeney in The Player’s Table, a new series based on the best-selling Jessica Goodman Novel, They Wish They Were Us.

Halsey will also receive a producer credit on the new series, as the show is now in development.

Sydney Sweeney, who plays Jill Newman, and Halsey who plays Rachel Calloway, depict the life of Long Island Prep school students, with a troubling underlying problem. Jill (Sweeney) is working to rediscover the truth about the murder of her best friend, Shaila, that took place three years prior. Halsey’s character, Calloway serves as the conduit that ignites Jill’s desire to embark on a journey for the truth.

Before investigating this murder, Rachel Calloway had graduated three years before Sweeney and left her hometown after becoming disenchanted with Long Island’s well-to-do society. Plus, Calloway’s younger brother, Graham, was convicted for Shaila’s murder.

Now Rachel and Jill will work together to uncover the truth and seek justice for Rachel’s brother.

This is not the first time Halsey and Sweeney will be joining forces. Sydney stared in the music video for Halsey’s ever-popular, double-platinum hit, “Graveyard.” After joining forces on the music video, Sweeney reached out to Halsey for the TV project in hopes of working together again. 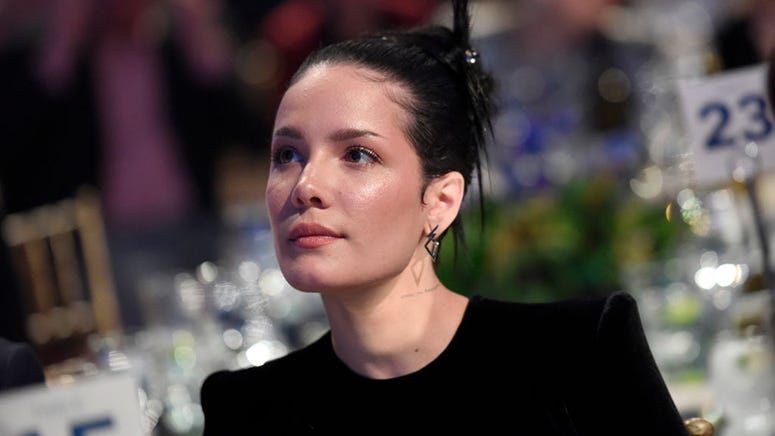 We first got a glimpse of Halsey’s acting abilities after she hosted Saturday Night Live. The singer, who’s recent album, Manic was the first album to go platinum in 2020, also constantly uses her voice and platform for good. From vocalizing her support of the Black Lives Matter movement to being a champion of LGBTQ+ rights, to supporting healthy conversations around mental health, Halsey is a force to be reckoned with.