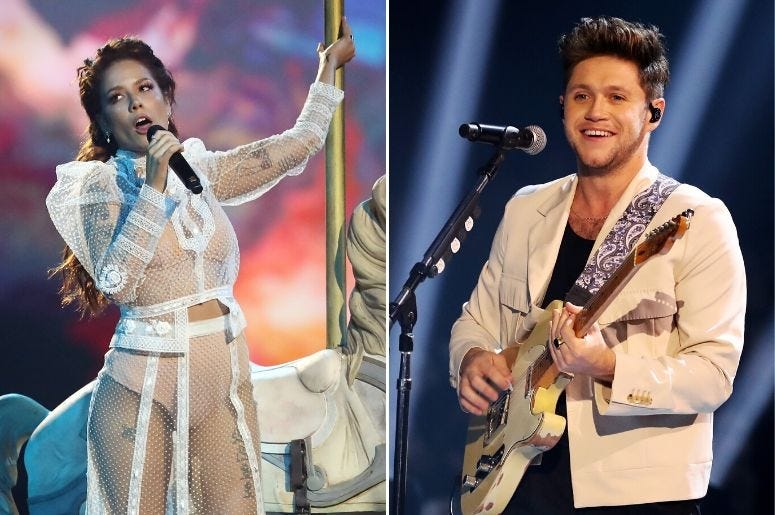 Halsey brought her new hair and a few horses into her magical garden during her performance at the MTV EMAs this weekend, showing off lovely locks and spiraling moves before the set erupted into flames on Sunday night.

The singer’s performance of “Graveyard” was one of several amazing appearances during the annual award show, this year happening in Seville, Spain. The night also included the live premiere of Niall Horan’s “Nice To Meet Ya” and Dua Lipa’s synchronized and sensational first performance of “Don’t Start Now.” Ava Max, Becky G, and Mabel also made their way to the stage for electrifying spots on the show.

They handed out some hardware too in-between all of these amazing artists, with Taylor Swift taking home the top prize for Video of the Year for “ME!” with Brendon Urie of Panic! At The Disco. Shawn Mendes claimed Best Artist honors, and Billie Eilish won Best Song for “bad guy.”

You can find a few of our favorite performances and the full list of winners below.

Niall Horan – “Nice To Meet Ya”

Best Video
Taylor Swift ft. Brendon Urie of Panic! At The Disco. "ME!"