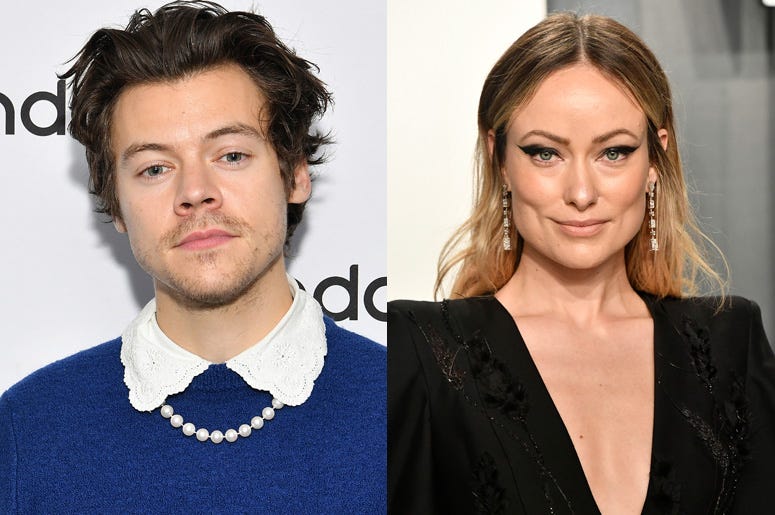 2021 is off to a sizzling start as Harry Styles and Olivia Wilde are rumored to be the latest high-profile celebrity couple.

TMZ broke the news reporting that Harry and Olivia attended a small wedding together in California and were holding hands throughout the event.

Styles officiated the wedding between his manager, Jeffrey Azoff and his bride Glenne Christiaansen. According to TMZ, it was a small gathering as there were only 16 people present to ensure minimized risk from COVID-19.

Additionally, a source confirmed to PEOPLE that Styles, 26, and Wilde, 36 attended the wedding together. "They were affectionate around their friends, held hands and looked very happy,” the source said.

Their source dropped another major tidbit of news saying “they have dated for a few weeks.”

Harry and Olivia’s connection doesn’t come out of the blue as the singer took on a lead role in Don’t Worry, Darling, an upcoming film that Olivia Wilde is directing.

The film is set in an isolated, utopian community in the 1950s California desert. Pugh stars as a housewife who discovers a disturbing truth while Styles plays the role of her husband in the film.

This past November, Wilde and Jason Sudeikis broke off their engagement after seven years together.

The former couple share a six-year-old son, Otis, and a four-year-old daughter, Daisy.

Wilde and Sudeikis reportedly split at the beginning of 2020 as a source said their separation has been “amicable.”

“They’ve transitioned into a great co-parenting routine. The children are the priority and the heart of the family’s relationship."

WATCH MORE: 5 celebrities with tattoos dedicated to their significant other