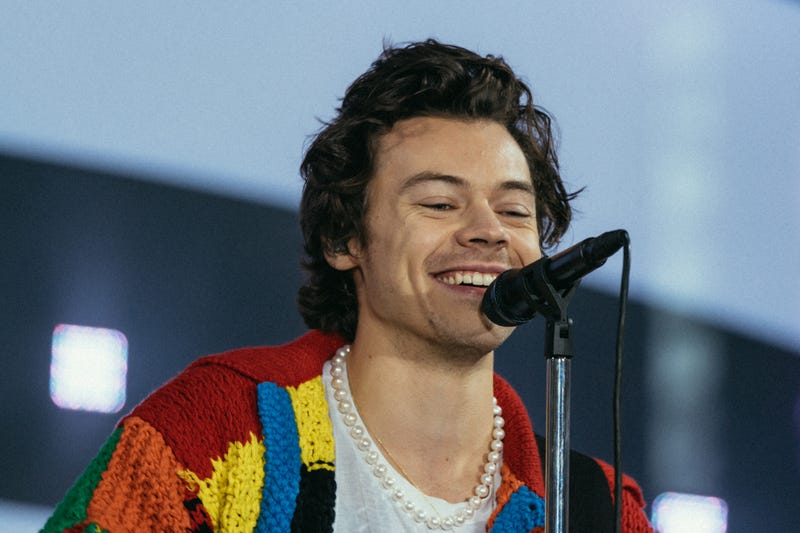 While galavanting around Los Angeles, Harry Styles has been seen rocking a brand new haircut.

The “Watermelon Sugar” singer, whose luminous locks were beloved by all, took a photo with a fan who spotted him. Twitter was quick to note how short the artist’s hair has become.

The cropped haircut could be attributed to the new role that Harry has in the upcoming film Don’t Worry Darling. There has been speculation around rehearsals beginning for the new Olivia Wilde film. In the highly anticipated thriller, Styles joins a cast of prestigious young Hollywood stars such as Florence Pugh and Chris Pine.

The photos of Styles in the wild, with short hair and a “save the drama for your mama” t-shirt took Twitter by storm over the weekend. One fan tweeted, “SO WE WENT FROM FRAT BOY HARRY TO DUNKIRK HARRY IN LIKE A WEEK- OKAY.”

SO WE WENT FROM FRAT BOY HARRY TO DUNKIRK HARRY IN LIKE A WEEK- OKAY pic.twitter.com/2xdRj1OKJl

all the dunkirk harry stans are freaking out right now i just know it pic.twitter.com/8c8nQSimml

“Dunkirk Harry” began trending on Twitter after the new photos caught the attention of thousands of Harry Styles stans. Another fan wrote, “all the Dunkirk harry stans are freaking out right now i just know it.”

In 2017 Styles starred in the Oscar-nominated WWII film, Dunkirk, where he also sported the same short hairstyle. Aside from the movie's gripping storyline, intense musical score, and astonishing acting performances, obviously, Harry’s haircut was the most important thing to come from the dramatic film.