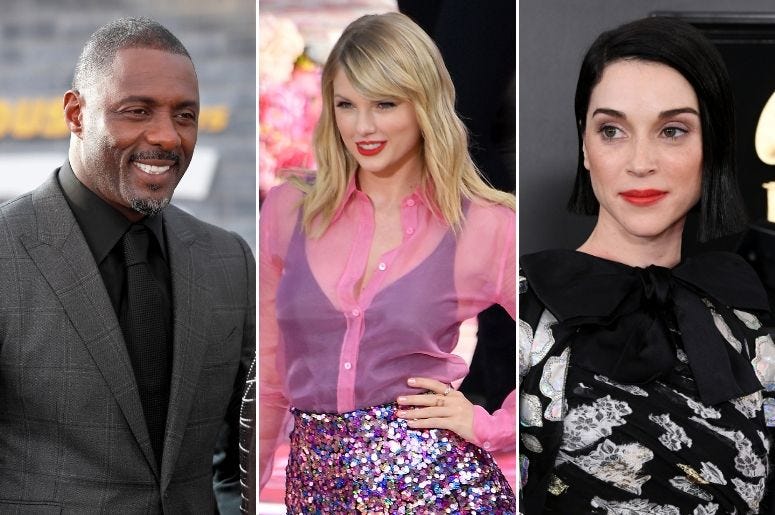 Lover has finally arrived, and with it comes a few surprises. Taylor Swift rounds up several of the usual suspects on her seventh studio album, but also introduces a few new friends into the mix.

On “London Boy,” the soothing sounds of Idris Elba open the track, with the Hobbs & Shaw star talking about his perfect date in the UK. “"We can go driving on my scooter. You know, just around London," he says before the beat drops in. 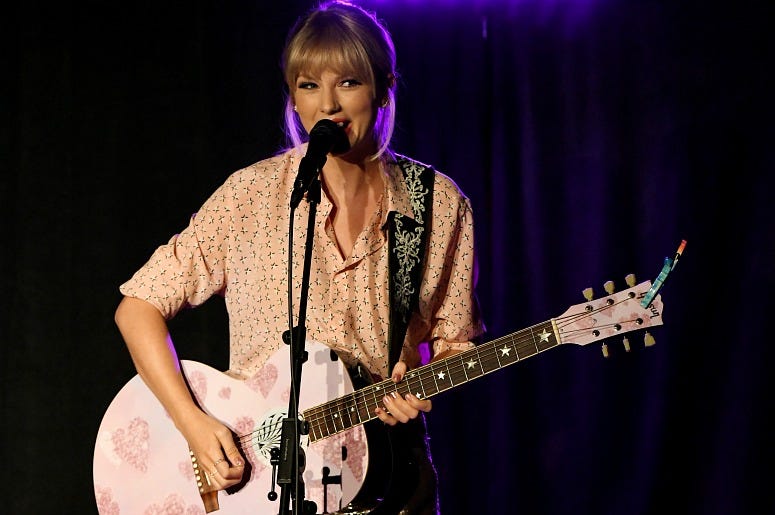 Elsewhere, GRAMMY winner St. Vincent lends her talents to Lover, landing a writing credit on the track “Cruel Summer.” The song details Swift beginning a relationship with boyfriend Joe Alwyn with the backdrop of public drama unfolding. “I'm drunk in the back of the car and I cried like a baby coming home from the bar,” she sings. “Said I'm fine but it wasn't true. I don't wanna keep secrets just to keep you.”

“Cruel Summer” is co-written with Jack Antonoff, who helped pen 8 of the songs on Lover.

Swift gets vocal assistance along the way on Lover too, with Brendon Urie of Panic! At The Disco appearing on the lead single, “ME!,” and the Dixie Chicks providing touching harmonies for “Soon You’ll Get Better.”

The album is also filled with a few famous names, with Taylor dropping Leonardo DiCaprio, Bruce Springsteen, Drake, and fashion designer Stella McCartney throughout the lyrics of Lover. McCartney and Swift have also launch a collaborating clothing line to go with the release of the album.