It’s not surprising at all that a dance party would break out when Jennifer Lopez and Jimmy Fallon got together, but this one was next level.

Wearing matching outfits, including flannel shirts tied around their waists, the two extroverts demonstrated the history of music video dancing in less than five minutes.

Starting with MC Hammer’s “U Can’t Touch This,” JLo and Fallon segued into the moves for everything from The Bangles’ “Walk Like an Egyptian” to TLC’s “Waterfalls” to JLo’s own “Waiting for Tonight.” The segment ended with a confetti-filled “I Wanna Dance With Somebody” by Whitney Houston. 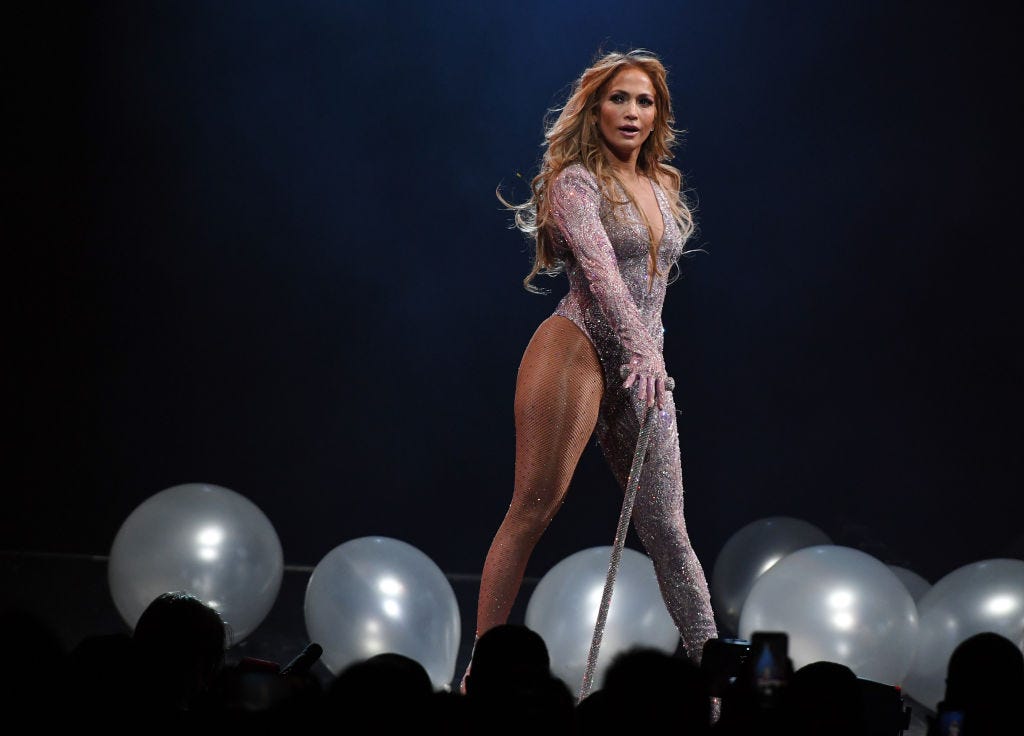 Lopez stopped by “The Tonight Show” to talk up her new film Hustlers. She’s been getting rave reviews for her portrayal of a stripper who cons wealthy men. The film premiered at the Toronto International Film Festival over the weekend and is set to hit theaters on Friday.