All Justin Bieber wanted to do was pay tribute to Kobe Bryant, but he ended up doing so much more.

The “Get Me” singer paid $1,200 for a unique piece of Kobe-themed wall art, which inspired Idiot Box Art to run a 2-day sale on replicas. Owners Emily Bright and Tamara Martin sold miniature versions for $200 and donated 24-percent of the profits to Kobe’s MambaOnThree Fund. More than $12,000 was raised, according to TMZ.

The art features a teddy bear wearing Bryant’s #8 Lakers jersey. Bieber hung his on the wall of his home next to a pair of skateboard decks.

MambaOnThree was created to honor and support loved ones of the seven other victims of the helicopter crash that killed Bryant and his 13-year-old daughter, Gianna, in Calabasas last month. All of the victims were on their way to a basketball game at Bryant’s academy.

Kobe’s widow, Vanessa, recently announced the details of a public memorial for Kobe and Gianna. It will be held at Staples Center on February 24th at 10am. The date 2/24 was chosen because it combines Gianna’s basketball jersey number with the last one Kobe wore.

Bieber and Bryant had more in common that it might seem on the surface. They both knew what it was like to live and work under the bright lights of Hollywood, and Bieber is big sports fan and a regular participant in celebrity basketball and hockey games at Staples Center. 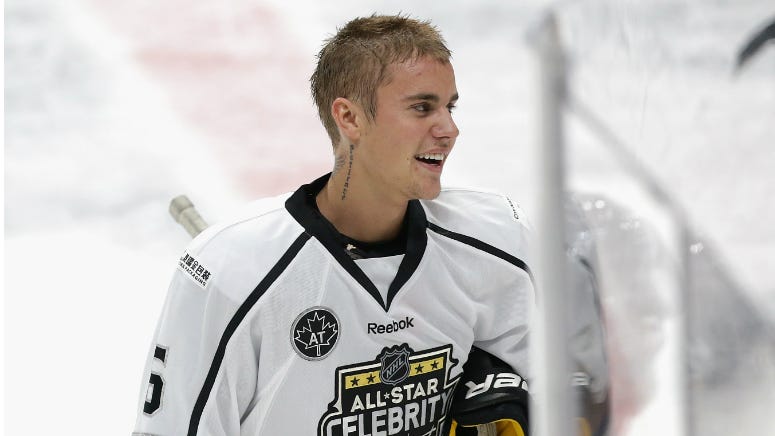 Bieber is preparing to release his long-awaited fifth studio album. Changes will be available everywhere on Valentine’s Day with a North American tour to follow.