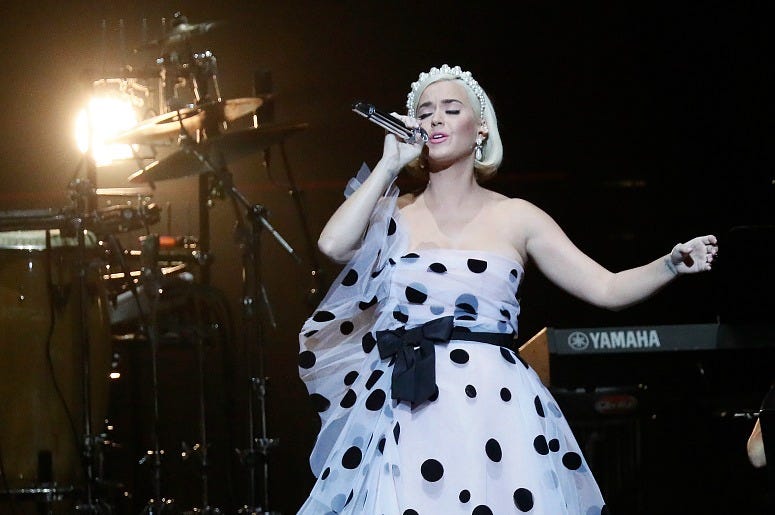 Katy Perry is moving the conversation to the island, with flower prints and palm trees. “Harleys In Hawaii” is set to be the third sample from Perry’s upcoming sixth studio album, and it arrives on Wednesday October 16.

“Harleys In Hawaii” follows lead-off single, “Never Really Over,” and August’s “Small Talk” as our first examples of Katy’s new era. It looks to be another burst of color, as the America Idol judge shared the art for her latest song on Monday.

Also this week, Perry has officially filed an appeal in the plagiarism case that ruled against her earlier this year. It is alleged that Perry and associates copied part of a 2009 Christian rap song for her 2013 hit, “Dark Horse.”

Marcus Gray and his co-authors sued Perry several years ago, alleging that the hit copies parts of the song, “Joyful Noise,” which Gray released under the name Flame. Perry and her co-authors, including Dr. Luke, claim to have not heard the song in question before the lawsuit, and offer that the beat in question is a simple “building block” of music. The appeal cites “insufficient evidence for the jury’s decision” that the works are “substantially similar.” It echoes her lawyers claim that the ruling was “a grave miscarriage of justice.”

“Dark Horse” features rapper Juicy J and was also nominated for a GRAMMY for Best Pop Duo/Group Performance. The song is from Prism, released in October of 2013.