The rumors are true. Among the 21 songs on Lauv’s long-awaited studio debut is his second collaboration with BTS.

The two red hot artists joined forces on a remix of BTS’ “Make it Right” last year, and now it’s time for the K-pop sensations to return the favor. They’re lending their talents to “Who,” which will appear on ~how i'm feeling~, available everywhere March 6th.

“I wrote ‘Who’ with some friends of mine and had the demo kind of around for a while,” Lauv told RADIO.COM. “And then after I met BTS I sent them the demo and they loved it and they helped me finish it.”

Hear BTS’ side of the story in our interview above. 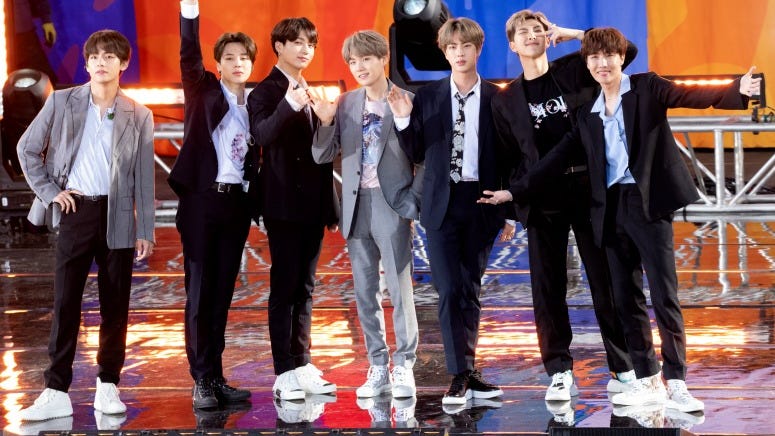 EXCLUSIVE: BTS on Making 'Make It Right' with Ed Sheeran and Lauv, Loving Lizzo, and More

We’ve been hearing from Lauv for several years now, but ~how i'm feeling~ is his first true studio album and comes from a different place than his 2018 compilation, I met you when I was 18. The 25-year-old singer-songwriter documented his evolution in real time by dropping songs as they were completed.

“Just because a lot of last year I was in a really bad place mentally and I was supposed to be working on the album but to be totally honest wasn’t productive,” he said. “So I was just like ‘I don’t want to wait until the entire album is done to release everything'… I’ve just been kind of releasing single by single to kind of like bookmark every kind of stage that I’ve been going through over the past however many months.”

The ~how i'm feeling~ album cover is a vivid expression of what’s inside. Lauv created six characters that represent different aspects of his personality.

“There’s positive Lauv, which is yellow and they each have their own color," he explained. "There’s goofy Lauv. Hopeless romantic Lauv, which is blue and has the old hair – I got a wig made. There’s spicy Lauv. There’s ****boy Lauv. And then there’s existential Lauv.”

Lauv says his favorite track on the album is “Modern Loneliness.” He called it the most important song he’s ever made and has the phrase tattooed on his arm. Watch the new music video below.