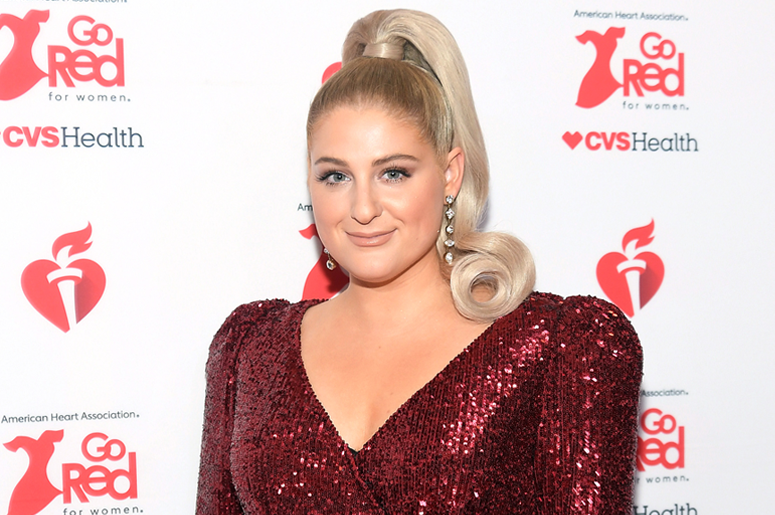 Despite, this year’s the lack of travel, Meghan insists, that with a baby on the way and home interviews she’s been staying busy. "Without traveling it’s much easier," Meghan noted. “But it’s still a lot of interviews at home and zooms and trying to figure out how to unmute myself, she quipped. “It’s a lot of work still. I’ve only left to do, like, two music videos and then I went in-person with a mask and gloves on to look at the baby crib that I just bought ‘cause it was a lot of money. You gotta figure it out.”

If you didn’t already know, then let us inform you, Meghan loves Christmas, being a Christmas baby herself, she revealed that while she had similar aspirations for her little one, she “didn’t achieve that goal,” as her baby’s due date is in February.

Meghan went on to reveal in her household, while growing up, the Christmas season was the “best time of year.” Both her older brother and her have late December birthdays, his being the 17th and her’s the 22nd, so they “always had birthday parties.” And who doesn’t love a party?!

Meghan never felt shorted, with her birthday so close to Christmas. “My parents, they were so good to me, they always made it feel so special, and that day was my day.” The only qualm Meghan seemed to have, is that because her birthday fell during school winter break, she never got serenaded my her school singing Happy Birthday in the cafeteria. However, she did admit that years later, on tour with Nick Jonas, he got an entire arena to sing to her on her birthday, which was “worth all those years not getting sang to” at school.

With Meghan being so close with her family, it should come as no surprise that putting together her new Christmas album, A Very Trainor Christmas, was quite the family affair. Meghan shared, “my whole family was a part of this, my younger brother recorded all my vocals for me, my older brother wrote some songs with me, and we all produced them together.” Additionally, Megan’s dad played piano on “Have Yourself A Merry Little Christmas,” her little cousin sang background vocals on “Rudolf The Red Nose Reindeer,” while her mother and husband, Daryl Sabara also dabbled in a bit of background singing.

Like we said, Meghan’s love for Christmas runs deep, but for her, there’s no debate between Christmas Eve or Christmas Day. “I think Christmas Eve is better because that’s when we get with the family and we give our gifts to each other.” Or how she additionally put it, “that’s the party.”

For Christmas Day, Meghan explained, “usually we like to have the kids have their time with Santa Claus’ gifts in the morning and have a good family time moment.” Excitedly noting, “and I’m gonna be a momma now, I’m gonna have that. So I do want that family alone time on Christmas Day.”

When it came to selecting the songs for A Very Trainor Christmas, she selected classics along with songs that had special meaning to her, with included a Britney Spears Christmas tune, “My Only Wish,” which Meghan admits to be one of her favorites, in addition to “White Christmas,” and “Last Christmas,” which the chorus, Meghan admitted, “always got me.”

We get it Meghan, it gets us too, especially your version. Yes we’re already listening, yeah we know it’s still November, and we still have Thanksgiving, but we don’t care!

For all those merry deets and more, listen to Meghan entire interview with Morning Magic above.