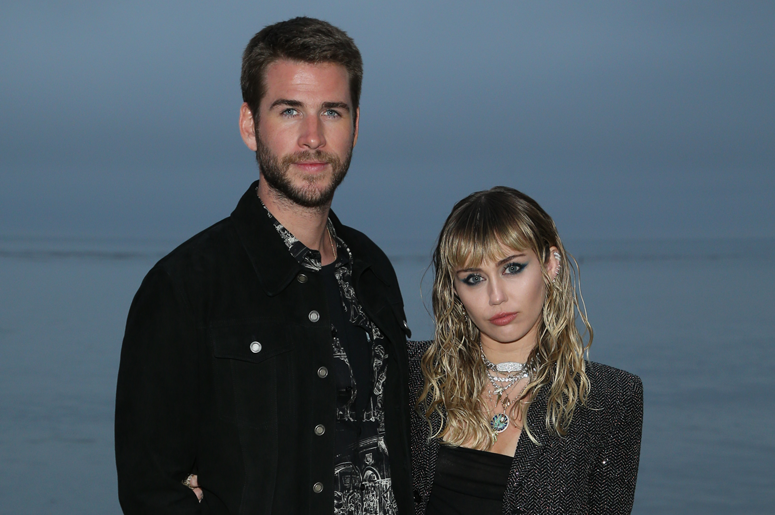 During her tell-all interview on The Howard Stern Show, Miley Cyrus did a whole lot of telling and reflecting on her Disney days, her newest newest projects, and the events that led to her December 2018 wedding to Liam Hemsworth.

For a bit of back story, Miley and Liam were together for around a decade. After years of dating the pair were first engaged from May 2012 to September 2013, but then split for three years (which btw shook us to our core). The two rekindled their romance in 2016, eventually renewing their engagement and marrying. However, the union lasted less than a year, with the couple announcing their separation in August 2019.

"We were together since 16," Cyrus said of her and Hemsworth. "Our house burned down. We had been like, engaged. I don’t know if we really ever thought we were actually going to get married. But when we lost our house in Malibu, which if you listen to my voice pre- and post-fire, they’re very different so that trauma really affected my voice. And I was actually in South Africa, so I couldn’t come home, and like, my animals were tied to a post at the beach. I lost everything.”

"I had so much and it was all gone, every song I had ever written was in that house," she continued. "Every photograph of me that my parents had given to me, all my scripts, I lost everything. And so in trying to put that back together, instead of going, ‘Oh, nature kind of did something I couldn’t do for myself; it forced me to let go,’ I ran toward the fire.” Cyrus said she "clung to what I had left of that house, which was me and him.” Sharing, “I really do and did love him very, very, very much and still do, always will," she shared.

Miley attributes “too much conflict" as what ultimately led the two to break up. "When I come home, I want to be anchored by someone," she explained. "I don’t get off on drama or fighting.”

Miley also went on to talk about how its been almost a decade since Hannah Montana ended, reflecting on the pressures she faced as a Disney Channel star. As well as her latest endeavors, including her latest single and music video “Prisoner,” with Dua Lipa, about which Stern had a few naughty things to say.

To find that out, along with some other juicy deets, watch the clip of Miley’s interview with Howard Stern above.

news
VIDEO: Joe Biden, at the Lincoln Memorial, calls for unity during 'Celebrating America' special
news
Biden to sign virus measures, requires mask use to travel
news
VIDEO: Inaugural poet Amanda Gorman reveals what she told herself before reciting poem
news
10 podcasts to keep you up-to-date on US politics
news
For school students, watching the inauguration was a history class in real time
news
12,000 doses of Moderna's COVID vaccine tossed out due to temperature problems