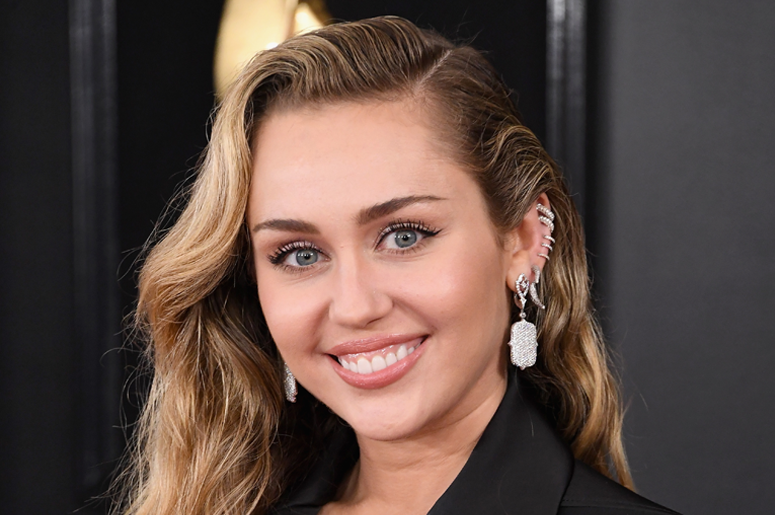 Gearing up for the Friday, November 27 release of her new album, Plastic Hearts, Miley Cyrus sat down with Zane Lowe to detail new music and some of her own struggles.

Miley got candid about her sobriety, revealing that she was already two weeks sober after having a bit of a relapse. "Well, I, like a lot of people, being completely honest, during the pandemic fell off [the wagon] …." she told Zane, adding that she "would never" pretend otherwise. "I fell off and I realized that I now am back on sobriety, two weeks sober, and I feel like I really accepted that time.”

She went on to explain that "one of the things" that she's used when she's faltered with her sobriety in the past is, "don't get furious, get curious," Cyrus said. "So don't be mad at yourself, but ask yourself, What happened?”

Miley, who turned 28 on November 23, referred to her recent slip as a "f*** up," after having announced to Variety that she was six months sober back in June, telling the outlet she wanted more clarity to "polish up my craft."

The "Midnight Sky" songstress further noted that, "everyone has to do what is best for them," and that for her the problem isn’t with drinking, it’s with "the decisions I make once I go past that level of… Even into, I’ve just been wanting to wake up 100 percent, 100 percent of the time."

Cyrus, further admitted that while "it’s never easy,” she happens to be "very disciplined," and for that reason, "it’s pretty easy for me to be sober or in and out of sobriety," Cyrus said. "Because it's like the day I don't want to f***ing do it anymore, I don’t, the day that I do, I do. You know?"

One of Miley’s main motivations to walk away from drugs and alcohol was specifically due to age, and being sober at the age of 27. A number of famous musicians have died before their 28th year of life, including Jimi Hendrix, Janis Joplin, Jim Morrison, Kurt Cobain﻿,and Amy Winehouse - just a few on the list that has since been dubbed as the “27 Club.”

"Twenty-seven to me was a year that I really had to protect myself," she told Lowe. "That actually really made me want to get sober because we've lost so many icons at 27. It's a very pivotal time. You go into that next chapter or this is it for you. I just feel that some of the artists that almost couldn't handle their own power and their own energy and their own force. It's an energy. I, no matter what, was born with that.”

While we don’t disagree, we’re happy Miley’s back on track and officially 28. Check out her entire interview with Zane Lowe above.