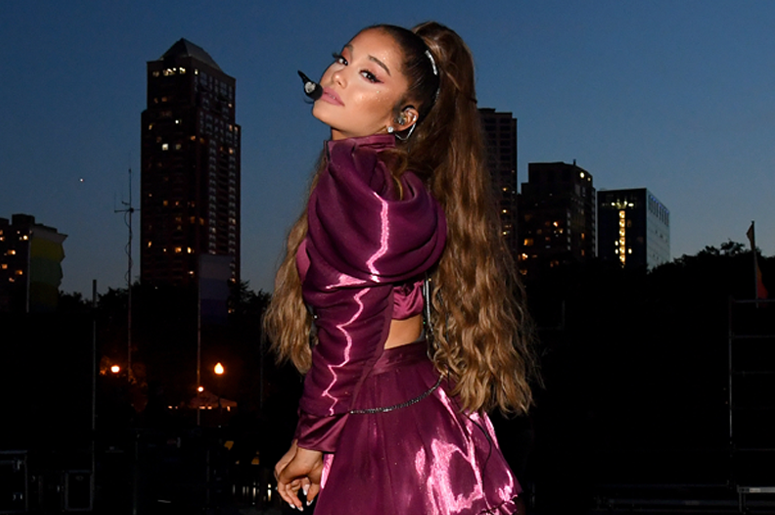 You guys, we’re freaking out, it’s officially official, well cryptically so, but either way Ariana Grande is blessing us with new music and the countdown is on.

After tweeting about her excitement to release new music this month, she posted a mysteriously anticipating video of her perfectly manicured hand typing the word “Positions” on a glowing green keyboard. After regaining consciousness, we came to the conclusion that we just got the next song title or possibly the name of the album.

Ariana continued dropping cryptic breadcrumbs, the next one being another tweet of just her website url. After clicking the link, we saw the light, well actually we saw a black screen with white text, but you know what we mean. The message, while short, was oh so sweet, once again, Ari kept the message simple, under the word POSITIONS in all caps, are two countdown clocks. Leading us to believe that one is for the single and the other for the album itself, now please excuse us, we’re going to need a second.

Okay, we’re back, and we’re fine, well as fine as one can be knowing that Ari’s next album will drop in 10 days, 12 hours and 50 minutes and counting. And as the other clock reads 3 days, that means we’ll be getting new music from Ari this week, omg we’re not fine again. While Ariana hasn’t exactly been on a musical hiatus throughout quarantine, releasing collabs with Lady Gaga and Justin Bieber, there’s just something about an Ari album that makes us... feel like a dangerous woman.

And now we wait, we’ll just be over here, spinning and waiting for three days, and then waiting and spinning for seven more.