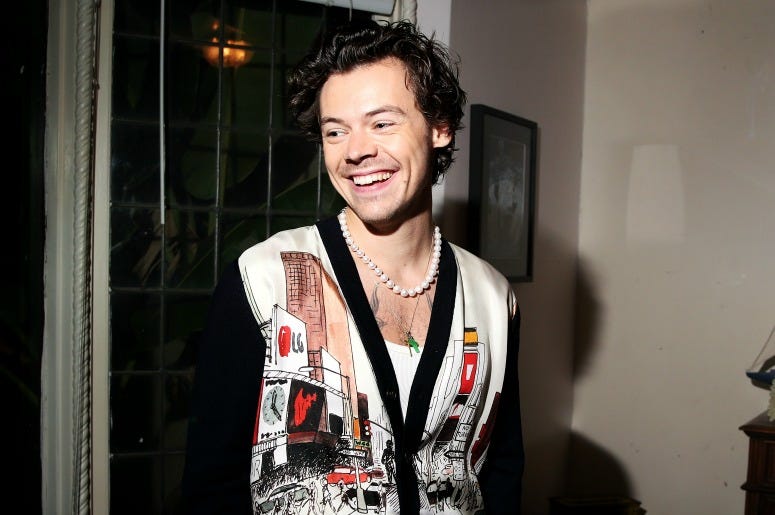 It’s been a question that keeps returning since this era for Harry Styles first began. A lyric from lead single “Lights Up” with its own dedicated website, which presents fans with praise who dare to dive into such a subject.

Harry Styles gets much closer to the answer for himself on Fine Line. Two years after his solo debut came complete with Rolling Stones swagger, fully indebted to a certain time of Classic Rock superiority, the singer steps out the 70s aisle of the record store and into something much more uniquely Harry. If his self-titled LP was the Saturday night, Fine Line arrives like a Sunday morning, more calm and sure-footed as it pieces it all together.

WATCH MORE: Harry Styles On The Meaning Of "Adore You"

The first album from Styles felt like it was made with an aesthetic in mind, where the second plays more like the sum of things collected along the way. Filtered through the experiences and immense talent of Styles, he dips into '80s pop, the swinging '60s, and maybe the Bon Iver '10s on the title track, on his way to something still left of the center of pop but still very much of the moment.

The ingredients promised by Harry are all there, explaining earlier this year to Rolling Stone that this album was about “having sex and feeling sad.” It does both extremely well, immersed inside some clever songwriting and lush textures. The new, less guarded Styles shines through it all. Oh and the mushrooms. In the same talk the singer tours the studio where Fine Line was recorded, and talks about the mushrooms that they did throughout.

“We’d do mushrooms, lie down on the grass, and listen to Paul McCartney’s ‘Ram’ in the sunshine,” he explained. “This is where I was standing when we were doing mushrooms and I bit off the tip of my tongue. So I was trying to sing with all this blood gushing out of my mouth. So many fond memories, this place.”

The trip is never completely realized on Fine Line, but given the context you can see it creep in before the title track finale, appearing mostly as sunshine and positivity, radiating out of Styles.

“Do you know who you are?” We’re all figuring it out. Through sex and sadness, and sometimes mushrooms, here we are still on our way.