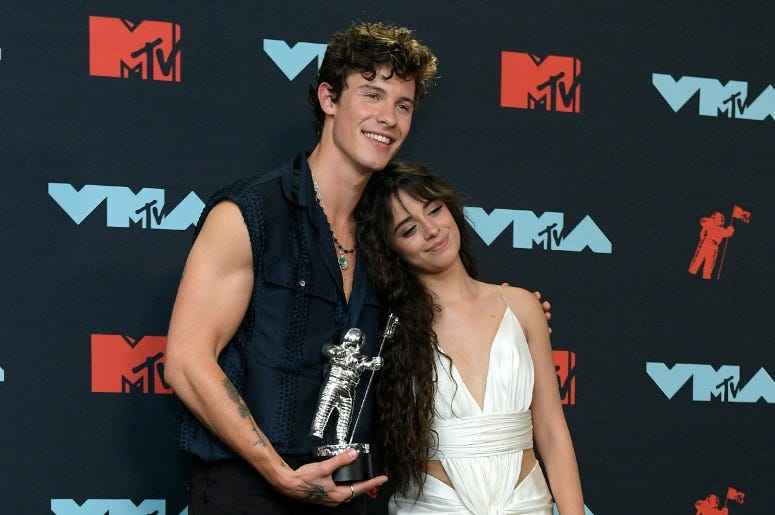 Shawn Mendes had to go all the way to Malaysia for us to get some insight into his relationship with Camila Cabello.

The “In My Blood” singer joined fans for a Q & A before a show in Kuala Lumpur on Saturday, and talked about some of the things they like to do together as a couple. “Camila and I will basically wake up and find the nearest coffee we can find,” Mendes said as the group laughs. “She’ll have basically, half a coffee, and I’ll have three.”

Shawn: “Camila and I will basically wake up and find the nearest coffee.. She’ll have half a coffee & I’ll have like 3. Probably find some food, then an hour later we’d be like, ‘are you hungry?’ Probably watch a movie. She loves tangled.” pic.twitter.com/eFUfOBaOGg

With two jam-packed schedules it makes sense for their romance to run on caffeine, with Shawn sharing how tough it is for the two to link up. “We’re always in different countries and cities when we hang out with each other,” he added, talking about their typical date. “Probably find some food and then we’d eat, and then like an hour later we’d be like, ‘are you hungry?’”

In addition to all the eating, the “Señorita” collaborators manage to sneak in a movie every once in a while, with Tangled being one of the go-to favorites. “She’s obsessed with Tangled,” Mendes admits.

Obsession is an understatement for Camila Cabello, who actually named her dog after Eugene Fitzherbert from the film.

Just two young lovers, with coffee and food and Tangled, finding time in-between sold out stadium shows. Just like you and me.

Shawn Mendes continues his self-titled tour through Asia this week, and will move on to Australia later this month. You can find the full list of upcoming dates here. This weekend, Camila Cabello is the musical guest on Saturday Night Live.