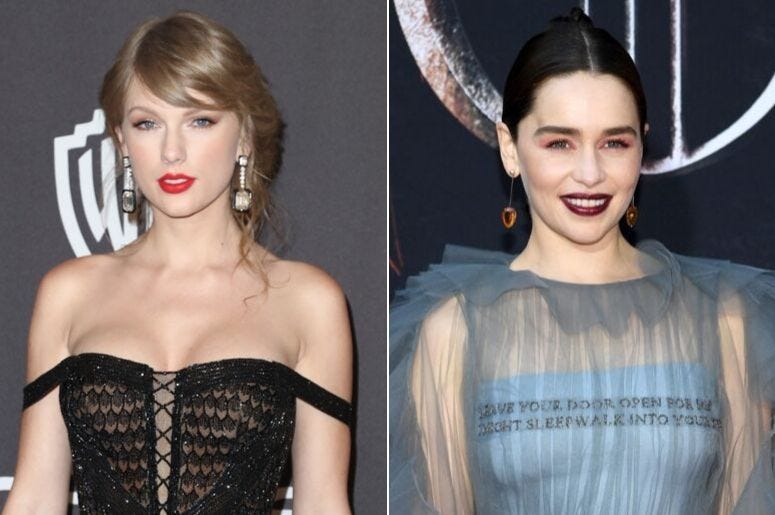 I’m sorry, the old Daenerys Targaryen can’t come to the phone right now. Why? Well there’s only ravens in Westeros and, oh cause she’s dead.

The final season transformation of the Mother of Dragons shocked fans, but Taylor Swift gets it and even sees a bit of herself in Dany. In a new interview with Rolling Stone, Swift dives deeper into her GoT fandom, discussing the feelings of the finale and explaining that the turn of Daenerys is a “total metaphor.”

Swift confirms what a fan she is of the show and how it’s even impacted some of her writing. Not only is the arc of the Queen relatable to Taylor, it’s also relatable to all women in her mind. “I mean, watching the show, though, maybe this is a reflection on how we treat women in power,” she says. “How we are totally going to conspire against them and tear at them until they feel this — this insane shift, where you wonder, like, ‘What changed?’ And I’ve had that happen, like, 60 times in my career where I’m like, ‘OK, you liked me last year, what changed? I guess I’ll change so I can keep entertaining you guys.’”

The connection to the HBO show is just one of the ways in which Swift get personal throughout her talk with Rolling Stone, detailing some of the themes of her last two albums, and sharing the “two-faced” actions of Kanye West which led to their infamous feud in 2016.

You can read the full piece from Rolling Stone here.