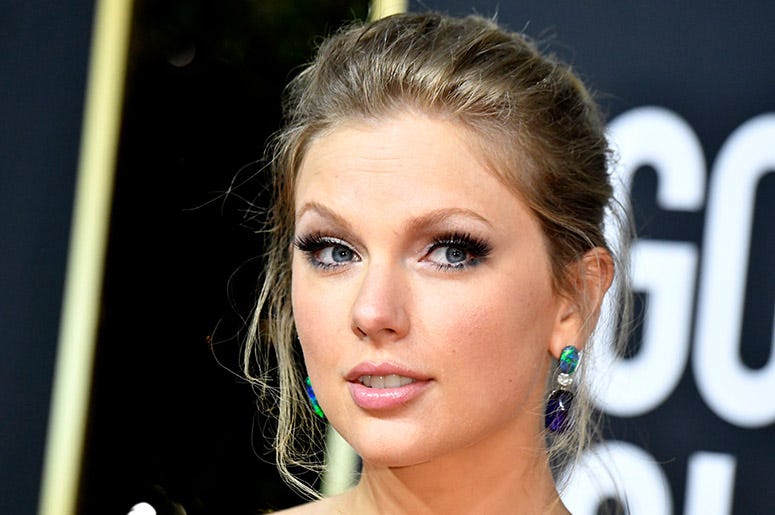 Taylor Swift has lent a few bars of her re-recorded hit single “Love Story” to a new commercial for Match.com, directed by Ryan Reynolds, depicting Satan and an embodiment of the year 2020 falling in love.

Reynolds tweeted the 90-second commercial featuring the Devil (of Hades) matching with a female version of the year 2020. The pair turn out to be a perfect match; Sharing peppers in an empty stadium, working out in an empty gym, crashing an empty theater, stealing mass amounts of toilet paper, and posing for a selfie in front of literal dumpster fire. All the while, Swift’s single plays in the background.

She retweeted the video with blessings and an update on her re-recording process. “Okay so while my new re-records are NOT done, my friend @VancityReynolds asked me if he could use a snippet of one for a LOLsome commercial he wrote so... here’s a sneak peak of Love Story!” she said. “Working hard to get the music to you soon!!”

Okay so while my new re-records are NOT done, my friend @VancityReynolds asked me if he could use a snippet of one for a LOLsome commercial he wrote so...here’s a sneak peak of Love Story! Working hard to get the music to you soon!! https://t.co/0vBFXxaRXR

Swift is busy at work re-recording her first five albums after record executive Scooter Braun bought and sold her entire music catalog. Taylor can no longer profit off the use of her own songs. She explained the creative process further in an interview with Billboard, last year. “I do want it to be in movies, I do want it to be in commercials. But I only want that if I own it. It’s going to be fun because it’ll feel like regaining a freedom and taking back what’s mine.”

The singer also made her triumphant return to the ACM Awards this year after a seven-year absence, delivering a stirring performance of “betty” alone on Nashville’s Grand Ole Opry stage.