Before it could even hit your ears, BTS released the biggest album of 2020. Preorders alone exceeded 4 million for Map Of The Soul: 7, and it has held the number one spot on Amazon for weeks. Along with a mostly sold out World Tour and this guaranteed number one album, the comeback is officially on for the world’s biggest group.

Coming after a brief period of rest to recharge, BTS returned officially on Friday with their first new album since April of 2019, raising their game once again with sophisticated Pop and expansive dance. Map Of The Soul: 7 is a statement that BTS has no intention on settling as Kings of K-pop, still pushing to another stratosphere and testing the boundaries each step of the way. 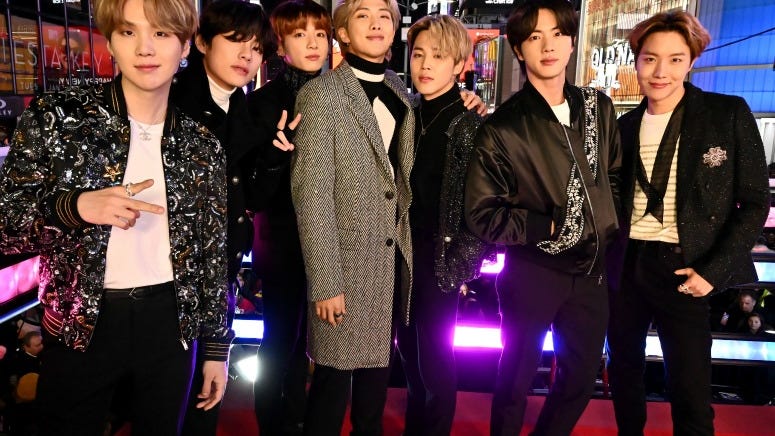 BTS Announce Dates for 'MAP OF THE SOUL' Tour

The entirety of the internet is currently trending with BTS, thanks to a whirlwind of media appearances in New York, and a new visual for the song “ON.” Backed by a sea of 30 dancers with marching rhythms, the group offers their most expansive production yet, and shows that global domination is the only step forward.

Here’s just a sample of some of our favorite reactions to Map Of The Soul: 7 and all things BTS, as we welcome back the Bangtan Boys.

bts while the whole fandom is in chaos: #BTSComeback2020 #7isHere#WeONWithBTS @BTS_twt

can we just take a moment to appreciate these high kicks??? 🙌 #btsON #BTSComeback2020 @BTS_twt

#BTSArmy - look what you did! @BTS_twt is currently holding the top 20 slots on US iTunes with all tracks from “MAP OF THE SOUL: 7" #MAP_OF_THE__SOUL_7 #WeONWithBTS #ThisIs7 #7isHere#BTS #방탄소년단 💜@bts_twt pic.twitter.com/8C2hyFnUyC

Being completely honest. There are zero flaws in this album. It hit different. Emotionally charged and exactly how Joon described it. Hard. The sum of their 7 years together. You all worked so hard boys. You deserve the world and ARMY will give it to you 💜 @BTS_twt #7ishere