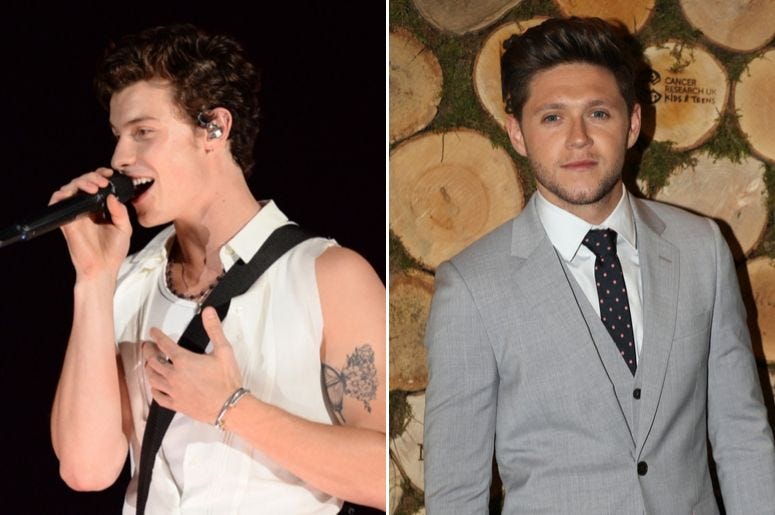 Everyone wants to offer up their own version of “Nice To Meet Ya,” the new single from Niall Horan.

First Niall challenged fans to construct their own version of the tune with the “Nice To Meet Ya Challenge” before it was released, and now that it is out in the world fans continue to share their own take on the strutting song.

Those fans include Shawn Mendes, who has shared his own edition of “Nice To Meet Ya” on his Instagram story, turning it into a strumming, soulful acoustic jam.

Shawn via IG Story singing a cover of “Nice To Meet Ya” by Niall Horan! ❤️ pic.twitter.com/xE9xyfqFWD

In an interview earlier this week with RADIO.COM, Horan shared the story of how “Nice To Meet Ya” came together. “It was quite a crazy writing session,” Niall explained. “Nothing was really happening for a long time, and I just picked up an electric guitar and started messing around and started playing that riff in the middle of the song. From there it just kind of kicked off. A lot of shouting and screaming. A lot of gang vocals, trying all of our best melodies, throwing them aside and then coming back and making a bit of a jigsaw. It was a really fun song to write and hopefully when you listen to you understand why.”

WATCH MORE: Niall Horan On His Favorite "Nice To Meet Ya Challenge Videos

“Nice To Meet Ya” is our first official sample of Horan’s upcoming sophomore solo album, which he hopes to have out in February or March of 2020.