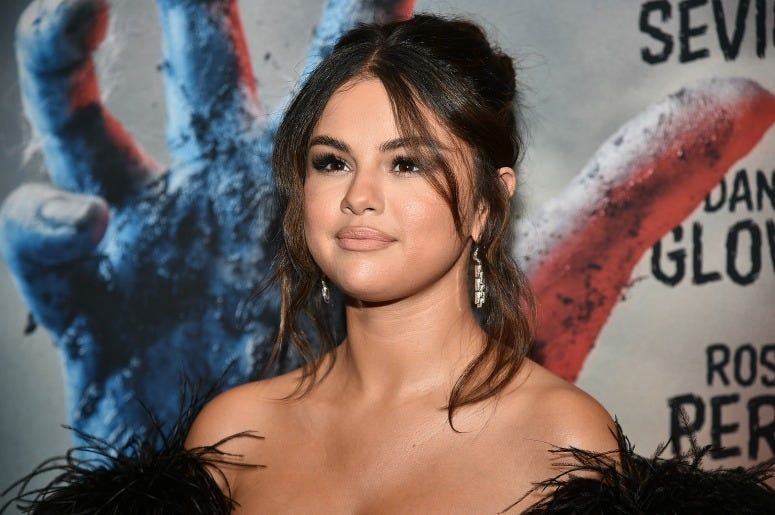 Selena Gomez fans are starving, but she just offered us all a glimpse at the menu.

Over the past day, two cryptic posts have appeared on the singer’s social media accounts, with the first in black and white, behind a sheer curtain with the caption, “Rose colored glasses all distorted.” The second is a brief video of a movie marquee, with the phrase, “I saw the signs and I ignored it.”

Fans immediately sprung into detective mode, working to decode the messages and hoping that it means a return with new music from Selena Gomez.

I DECODED THIS OMG IM SCARED WHAT WILL HAPPEN NEXT #SelenaIsBack pic.twitter.com/fEpBaRGabK

selena gomez coming to save pop music once and for all tonight pic.twitter.com/D8RCCTOtHy

Now after a day of teasing, Gomez has revealed artwork for "Lose You To Love Me," her new song arriving on Wednesday October 23. According to some sources, it could be the first of two new songs from Selena arriving in the near future.

"Lose You To Love Me" will be her first new music since releasing “I Can’t Get Enough” earlier this year. In March, during an Instagram Live, Gomez confirmed that she was in the studio working on something new.

“I’m currently in the studio right now and it’s going really good,” Gomez said. “I’m just nervous about it, honestly, cause I feel like the next few choices that I’m gonna make are very crucial. So I’m trying to be really really diligent and just patient with everything.“