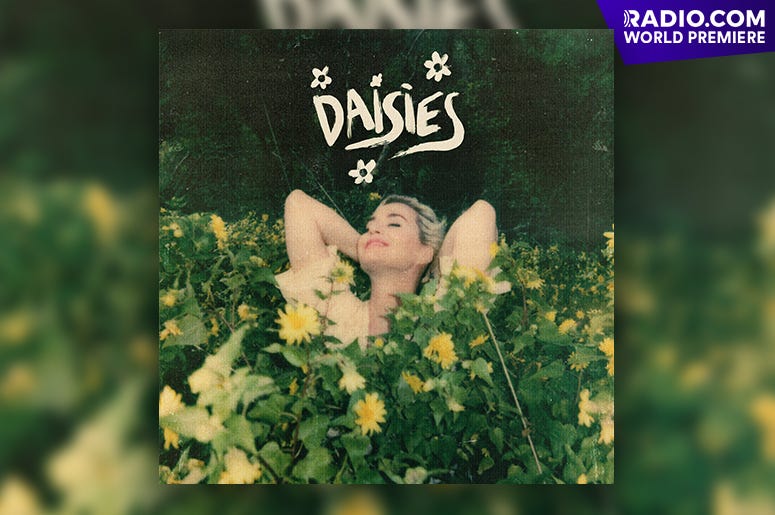 “When did we all stop believing in magic?” wonders Katy Perry, immediately after her first defiant and soaring chorus on “Daisies,” the singer’s first official preview of her upcoming fifth studio album.

The song serves as a look back at all the doubters and naysayers, spinning up their negativity into fuel towards her dreams – and ultimately becoming an anthem of faith and perseverance. It’s the type of mature message that has been sprinkled throughout Perry’s most recent releases, making use of newfound perspective to help craft her most sincere collection of music yet.

“Daisies” is a RADIO.COM World Premiere, which means you can hear it all throughout the day on Friday May 15 on your favorite RADIO.COM station and on the RADIO.COM app.

The fifth album from Perry arrives August 14, and will be her first full release since Witness dropped in 2017. Everything we’ve heard since then from the American Idol judge has hit a little different, with songs like “Never Really Over,” “Small Talk,” and “Never Worn White” all displaying a fresh sense of self, with Katy capturing a new kind of confidence and earned energy. The soon-to-be wife and mother has slid into a new standpoint, and with it comes a new magic.

“Daisies” in a lot of ways is a clear culmination of past victories, and the perfect beginning to this new era for the singer. Everything is coming up Katy.

For much more from the “Daisies” singer, join us for a special RADIO.COM LIVE with Katy Perry on Thursday May 21 at 6PM ET / 3PM PT. Katy will be performing and answering questions, maybe even revealing more details about her upcoming album – out everywhere on August 14.