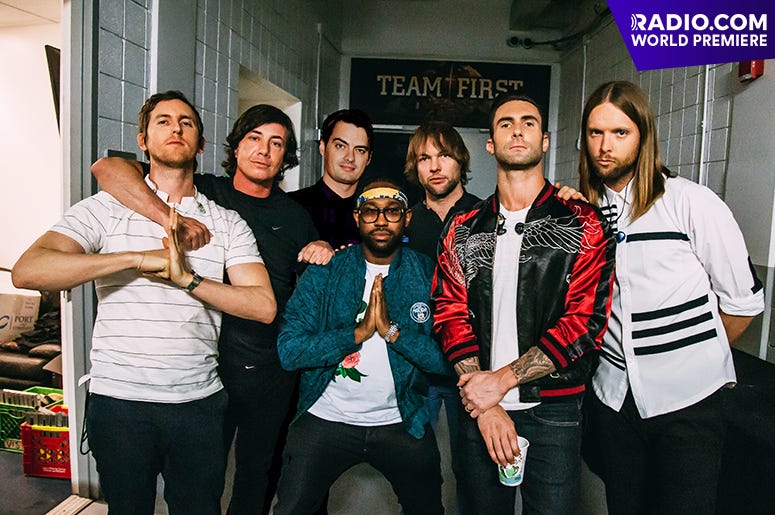 As the turntable spins and clicks, popping over well-worn grooves and scratches, the crowd fades into the background and Adam Levine enters. Raising a glass to the ones that are here and the ones that time has taken away, Levine’s voice drips with nostalgia and vulnerability on Maroon 5’s new song, “Memories.”

“Memories” is the band’s first new offering of 2019, and their first since playing the world’s biggest stage at Super Bowl LIII. In the months since, Levine has handled detractors of their appearance with grace, left his post on The Voice, and has managed being a father of two young children. It makes sense to look back, and Maroon 5's lead singer does it with tender charm on this sparse and intimate tune.

“Memories” is a RADIO.COM World Premiere, which means you can hear it here and stream it on the RADIO.COM app all throughout the day on Friday September 20.

The band has been teasing “Memories” for the last few days, posting the packing box single art on Wednesday, and converting their Instagram feed into a collage of old photos from the band.

The song is the band’s first since their album Red Pill Blues was released in 2017. That LP debuted at number two, but featured “Girls Like You,” which broke several records on the Billboard chart and was the most watched music video of 2018.